The Most Underrated Android Apps In Smartphone´s History 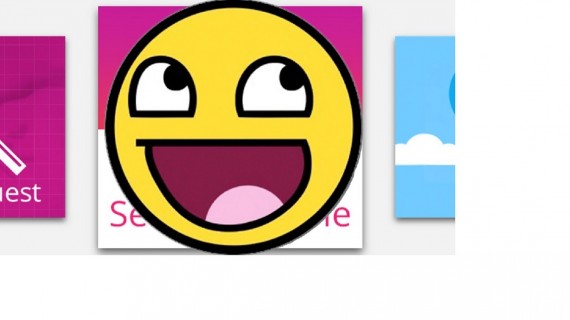 There are millions of apps you can download on your Android, but some of these are not so popular, even if its offers an incredible utility that could be helpful.<br /> (Photo : Youtube/CaralessRex)

Let´s face it, the reason why this is a very underrated app in probably because of its funny name, and the fact that far from being something else, it is actually a mosquito killer, which many users could see as something extremely weird to download. However, this is actually one of the most useful apps that you might have considering the obvious: it will help you deal with these annoying insect more than other product you could find in the market, as a mosquito repellant creams or the electrical coils, which from time to time are characterized for creating a lot of accidents.

How does this work? Once you active the apps it will emit an ultrasound that will effectively drive the mosquitoes away. Of course, the sound it isn´t audible to the human ear, and is completely harmless with the little exception of small children, which are not recommended for them to use it.

Happify: An App That Will Entertain You And Excel Your Emotional Intelligence

The purpose of this app is to sharpen your mental faculties as never before, in order to excel your emotional intelligence so you could build a positive outlook on life. The best detail about Happify is that is absolutely entertaining, which let it be seen as just as a cool app that offers some great mini-games to pass the time in the best way possible.

Of course, there are other features as quizzes, guided meditations and many other activities that make Happify something that will do a lot more than just reinforce happiness skills as empathy, thankfulness, and serenity. In this app, free users gain access to some guided tracks that are aimed at a specific goal, as coping with self-confidence and stress. By the other hand, subscribers gain access to many more activities, additional guided meditations and many other features that would offer a great experience.

Twitch: The Most Underrated App Of All Times

If you´re a gamer, this is definitely the best app that you can download to your Android, considering that it is a popular game streaming site in which you can watch live and recorded streams of every single video game under the sun, from old-school classics as the first Resident Evil, to mainstream games as Grand Theft Auto or indie ones as Shenmue.

What´s even better is that the videos show these games being played both by amateurs and professionals, which allows you to take note of what not to do, and what to do when you´re stuck in a difficult part in which you don´t know how to get out of it. Another great fact about this underrated apps is that it also allows you to view interactive shows by developers and game publishers, in addition to different channels. If you want more, let´s say that Twitch also offers live chat with other viewers, so you can discuss your gaming experience.

The Most Dangerous Cyber Criminals Of All Time

Some hackers instead of getting jailed, ended up working on cybersecurity because of their abilities, which obviously has caused a lot of controversy, considering that many believes that they are criminals that must be jailed.

How many movie technology devices that we have seen in today´s films will be released in the future? Although you may not believe it, the Terminator´s arm has also be released.

Although some of these device shad great games, its weirdness were so strong that no one took it seriously. It is not only the aesthetic, but also the graphics or the gaming system.