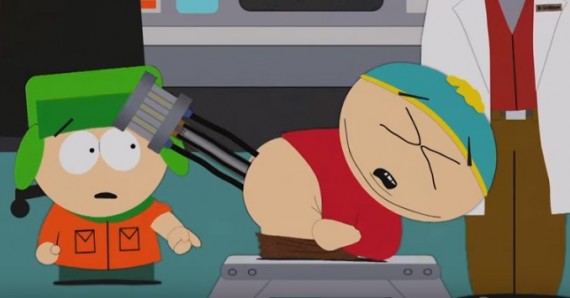 South Park might have postponed or moved some of their episodes due to election and their yearly "dark season" but, they are still on top of their game.

The 20th Season of South Park is about to end and we are still stuck with multiple storylines. The last episode which was televised 2 days ago titled "Not Funny" was very refreshing. It showed us the return of Kyle's mom after a long hiatus on the show. The latest episode also showed Kyle's mom is the most hysterical way. Although there's still a lot of things to be cleared in Season 20, episode 9 was able to deliver a jam-packed storyline beautifully.

South Park was in big trouble when they faced an apocalyptic-like catastrophe. This ushered the way for the return of Mr. Slave the south park local to influence the new elected President Garrison to order a nuclear attack from Denmark. The return of Mr. Slave is essential on the episode as it added another character to the show. There was an instance were he and President Garrison were talking on the phone and it was very funny.

Kyle and Ike had their moments as well on this episode. Kyle had an infamous speech when he was trying to avert the global disaster that is about to hit South Park. Ike on the other end, helped Kyle delivered the speech without any distractions. They also dealt with the irate Mrs.Broflovski and attempted to calm her down. Mrs. Broflovski meltdown is progressively increasing and the South Park boys are adjusting with it.

Their story has become more entertaining than ever. Although Cartman is considered as the biggest jerk in TV Animation history, he has feelings too. That was full displayed when Butters had an interesting rapport with Heidi. The pace and the sequence on how it was done was incredible. The shifting of Cartman's obsessive desire to escape Troll Trace to focusing on Heidi and eventually dropping the spiel "Women are funny" is uncanny.

As mentioned on top. There are still a lot of things that South Park 20 haven't covered. The episode which focuses on the Member Berries is incomplete. We don't have any lead yet on what will happen on the other members of the group. Also, JJ Abrams and President Garrison only showed us a glimpse on what they are all about. And who could forget the Troll Trace saga. Fans are now anticipating on how the season will end. Maybe the last episode will be epic or maybe the producers are again trolling the viewers like what they did before. If they do want to tie up all things including those segments that needed closure, season finale might last for 30 mins.

Finally, regardless of what happens in the season finale, South Park again proved that they are the best in what they do. They have some "okay" episodes but definitely bounced back with a banger. The only concern right now is, on how they will follow up episode 9.

Rick And Morty Season 3 Update: Series Won't Make It On December, Issues Arise On The Set

Rick And Morty Season 3 Update: Series Won't Make It On December, Issues Arise On The Set

Family Guy Updates And Airdates Revealed, MacFarlane Has A Proposal To Donald Trump

Family Guy Updates And Airdates Revealed, MacFarlane Has A Proposal To Donald Trump

The co-creator of “South Park” Season 21 says that the upcoming show will be different. Does it mean it won’t poke fun with the politicians anymore?

"The Simpsons" just reignited cartoon wars as they mock "South Park" in their new couch gag. Will we see a retaliation from the boys of Colorado?