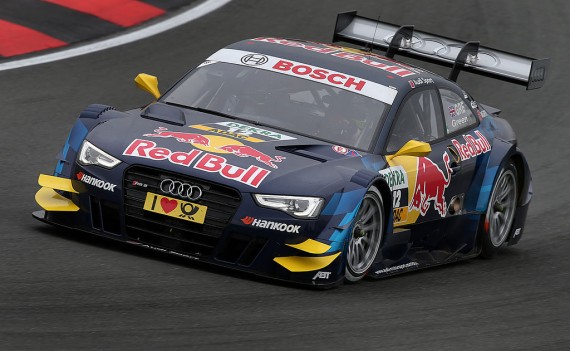 The Audi quattro GmbH became Audi AG’s subsidiary in 1983. They are now rebranding it as a means to show the start of a new era for Audi cars. (Photo : Photo by Ronny Hartmann/Bongarts/Getty Images)

Some Audi quattro GmbH fans are heartbroken as the iconic company changes its name to Audi Sports GmbH. The quattro GmbH name started in 1983 as a part of the success of the quattro cars but have only started production car manufacturing in 1996 when they created the S6 plus. The car has a 4.2liter V8 engine that puts out 322horse power. The manufacturing of the car was due to the demand of fast estate vehicles and that the manufacturing of a performance vehicle was due for that time.

A Brief History Of The quattro Name Plate

The quattro GmbH has been building high-performance cars and high tech concept cars since 1983. Their long line of performance cars, including the Silver Arrow cars of the Auto Union in the 1930s, and the Audi quattro that started permanent all-wheel drive performance cars in rally competitions inspired the quattro name. The Audi now, that has the four-ring logo, is involved in DTM racing, Formula E, GT racing and the TCR category.

Former Lamborghini Head Will Be The Managing Director

The newly named Audi Sports GmbH will still be housed on the Neckarsulm site and will continue to take over the RS and R8 models. They have also announced that eight new cars will be announced over the next 18 months, all with the promise of having Audi's performance and style. They will also be responsible for the racing program and Audi's exclusive car customization department. Stephan Winkelmann, former head of Lamborghini, will be in charge of the new Audi Sport that also takes responsibility for their DTM racing and Formula E racing. Winkelmann started as Audi Sports Managing Director on March 16, 2016, and have 1200 employees at both the Neckarsulm and Ingolstadt factories.

Audi's wholly-owned subsidiary's lineup currently composes of the Audi RS 3 sedan, Audi RS Q3, Audi RS Q3 performance, RS 6 Avant Performance and the RS 6 Avant, the Audi RS 7 Sportback Performance and RS 7 Sportback, Audi TT RS coupe, Audi R8 coupe, Audi S8 Plus, Audi TT Roadster and the Audi R8 Spyder. The eight upcoming new cars will also have the RS nameplate, a nameplate that started in 1994 with the production of the Audi RS 2 Avant. Audi cars with the RS brand indicate the most powerful Audi cars that have impressive dynamic performance, sophistication, and driveability that seat it on top of the rest. The quattro stands for a permanent all-wheel drive.

The Audi quattro GmbH stylized with a lower case "q", has been compared to companies such as the Mercedes-AMG GmbH and Mercedes-Benz, BMW M GmbH, Volkswagen R GmbH, and Opel Performance Center GmbH, in the past. They have been known to specialize in four key areas, specifically design, testing, production specialist and high-performance manufacturing of Auto vehicles. Designing road wheels and sports suspension is also part of their tasks along with creating specialist body parts such as bumpers and splitters, side skirts, diffusers and spoilers that are primarily used for the Audi S line cars.

A lot of families and properties were devastated during the earthquake that struck Central Italy on August 2016. Ferrari helps out by auctioning a one of a kind hybrid LaFerrari.

With only 25,000 sales in 2015, German Car manufacturer may have finally decided that their electric i3 needs an upgrade both on the inside and the outside. A refreshed design is set for 2017.

EaseUS is a software company specialized in free data recovery software for memories such as hard drives, pen drives, with Windows operating system, for Mac, Android and iPhone. In case you have lost important data due to broken Windows registers, viruses, forced to format or delete incorrect data, with EaseUS there are no more problems of this type as it is possible to recover any type of data in very few steps.