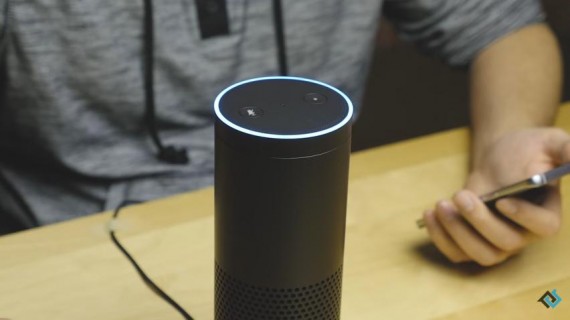 For the past few years, the Amazon Echo has reigned on top as the popular choice for smart speakers. It came with certain features and skills that helped everyday families in their everyday tasks. However, newcomers such as Google Home have threatened this hierarchy and the veteran is not taking it sitting down. The Echo is reportedly getting an update that will beef up the device with more than a hundred new features.

As Back Channel notes, in the tech industry, there are definitely players that stick out more than the rest - such as Facebook, Apple, Google, Microsoft, and Amazon. Nevertheless, it seems to be the less vocal in the group that has consistently shipped its products to eager customers. However, the online retailer is no longer all about keeping its silence.

Quite to the contrary, Amazon's head scientist and vice president of Alexa, Rohit Prasad, has begun to be very vocal about the company's plans. More specifically, he has been speaking about voice recognition technology, as well as language understanding. One of his most recent public appearances, which was at the Amazon Web Services conference in Las Vegas, encompassed a long list of topics.

"We're excited about where things are. We did several device launches and also expanded internationally. And we've made huge progress in teaching Alexa to better understand you, both in terms of the surface area Alexa covers, as well as accuracy within search material," Prasad told the publication. "For instance, think about music as a domain: We have new capabilities [for] you [to be] able to search for or play a song, based on its lyrics. And lastly is the speed at which third-party skills are being built. Earlier this year we had only a few hundred, and now we are in the 5,000 range."

Prasad also discussed the company's ongoing Alexa Prize competition, which was announced in September. The challenge is meant to "create a social bot that can carry on a meaningful, coherent and engaging conversation for 20 minutes." The executive explained that Amazon wanted Alexa -- and the Amazon Echo -- to only ask important and pressing questions, as opposed to needless ones that might be frustrating.

Alexa would, theoretically, speak with its owner about things such that cover trending topics, as well as scientific inventions. The idea really is to make gadgets such as the Amazon Echo more relevant to and more natural within a home. Fortunately, the company has reportedly received plenty of applications.

Conversation is one of the items that C|Net gave to Google Home as opposed to the Amazon Echo. The publication reasoned that because of Google Assistant, the newcomer was able to converse with users. For example, the user could ask "Who stars as Steve Rogers in 'Captain America?" After the Echo provides an answer, the user could continue the conversation by asking, "What other movies does he star in?"

Furthermore, Amazon also working on including hundreds of "built-in intent" and "slot types." These, as Prasad explained, are general commands that will be exposed to the developer. This will work more efficiently than having developers do it themselves. Once these slot types are rolled out, more applications will be compatible with commands such as "Stop" or "Cancel."