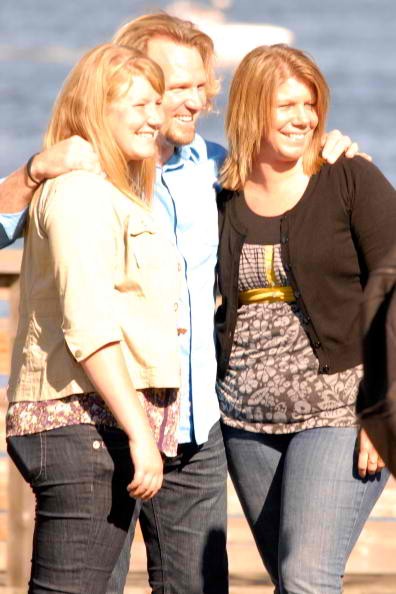 "Sister Wives" season 8 has aired only two episodes to date, but the story of the Browns is beginning to heat up. On one hand, Meri and Janelle are trying to patch things up while Christine and Robyn are seemingly putting an effort to end their feud. On the other hand, Kody and his first wife are on the verge of breaking up. Meanwhile, Mykelti and Tony's rush into marriage is driving Kody crazy and the Brown patriarch obviously wants to push the wedding back to a later date.

"Sister Wives" season 8, episode 2, which aired Sunday, Dec. 4, delved deeper into details of some of the Brown family issues. While two new unions have been revisited in the episode, a scandal that has hurt almost everyone in the family was also dealt with.

The Need For Kody And Meri To Split

Meri's family relationships, most especially with her husband and her daughter Mariah, have been badly hurt by the catfishing scandal that she got involved in. In "Sister Wives" season 7, the Brown family discovered that Meri was involved in a cyber-relationship with a man named Samuel Cooper. Apparently, the first wife was only being catfished by a woman whose name is Jacquelyn Overton.

Meri fell hard for this "Sam" that she was calling and even revealed that she was already in love with him. After six months of continuously talking to each other online, the Browns were able to discover the real identity of Meri's supposed boyfriend. Unfortunately though, Meri was already then a lead character in a book which featured her and her family's life.

Overton wrote a book about Meri which was ttitled "Almost Meri'ed." The published book that was released in January revealed elaborate details of Meri's affair with a supposed man, Sam. The book even had its sequel which was titled "Almost Defame'ed" and it talked about how the online relationship failed after the truth about it was exposed.

Things might have cooled down and other members of the Browns might have already forgiven Meri, but here comes Kody and Mariah recounting her mistakes. The original couple sat down to talk about the controversy. They tried to get to the root of their problem and Kody even suggested that they see their family therapist without the other Sister Wives.

Reports have then been making rounds suggesting that Kody and Meri might soon find the need to split up. The scandal that the first wife got involved in has obviously taken a toll on her relationship with her husband and her daughter. The conversation has not been smooth and we even saw Meri giving in to her emotions at some point. She even admitted to having pushed Kody away.

There were a lot of things revealed as to why Meri feels distant toward her husband. Several reports even have it that the first wife envies Janelle, Christine, and Robyn who can still conceive a child (naturally or artificially) for Kody. A more shocking rumor went out previously that Meri is already dating another man and will finally leave her polygamous family behind. The 45-year-old wife has not confirmed her new relationship yet, but fans are expecting to find out whether she will choose to keep her family or leave Kody with only three wives as season 8 continues.

Meanwhile, Kody faces another family concern where he tries to convince Tony to move his wedding with Mykelti to a later date. The newly engaged couple agreed on an August wedding, but Kody was seen petitioning for a December ceremony instead.

Kody visited Tony on "Sister Wives season 8, episode 2 where the two discussed about the possible wedding with Mykelti. The Brown patriarch wishes for his daughter to have a wedding that is as beautiful as Maddie's, but this is obviously too much for Tony who can't afford such ceremony. Kody also reveals that he cannot handle the finances as he is also having some troubles with money which was rumored a few months before season 8 premiered.

Tony and Mykelti won't agree with the suggestion as they obviously cannot wait to be intimate with each other. Will Mykelti agree? This is another revelation fans should watch out for in the upcoming episode 3.

"Sister Wives" season 8 airs on TLC every Sunday at 8 P.M.

"Sister Wives" season 8 was revealed to feature Maddie's wedding with Caleb, and Mykelti's engagement to Tony. Now that Maddie announced that she is pregnant and Mykelti's bridal shower is already done, fans should expect more thrilling episodes that will feature the Brown sisters.

Kendra Pollard again shared another detail about the "Sister Wives" Brown family, saying Christine wants to rip out the eyes of Robyn for reasons that were not further revealed. Pollard confirmed that the two wives are having a serious feud despite their claim that they are already on good terms with each other, and this is said to continue on "Sister Wives" season 8.

"Sister Wives" is rumored to get another season this coming fall. TLC has not yet given a comment about the talks but the new season is expected to feature the recent events celebrated by the Browns.

Stars of "Sister Wives" have lost in their battle to decriminalize bigamy in the state of Utah. The state's bigamy law has been renewed after Kody Brown and his four wives filed a lawsuit against Utah. Polygamists of the state are now to face harsher punsihments once they are found guilty of abuses.

The Brown family of "Sister Wives" is one again facing countless rumors about break ups and divorce. Meri's absence from Janelle's business opening has sparked numerous rumors that she has already left her family. Kody was also reportedly seen keeping a distance from all the other three Sister Wives.