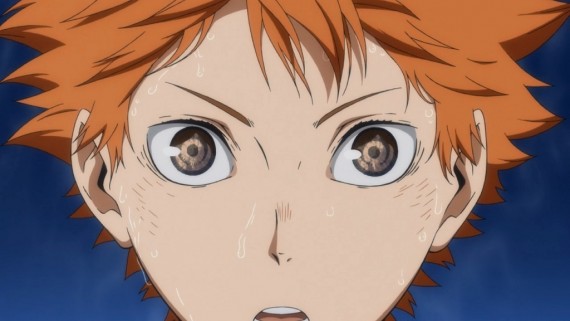 "Haikyuu!!" and "Blue Exorcist: Kyoto Saga" have just topped recent various charts. Find out what makes them click and what other manga and anime titles made it to the list. (Photo : Haikyuu!! World/YouTube )

Every season of the year brings in not just climate change, but new things to look forwards. One of these is a new animated television series as well as new manga series. Japan announced the recent chart rankings for the season's manga series and the list of the most anticipated anime for this winter 2017.

The recent comic ranking from Nov. 28 and Dec. 4 has revealed 50 anime titles as the few of the best-selling mangas in Japan. The popular sports manga, “Haikyuu!!” ranked first in the chart after selling awhopping number of 282,363 copies every week. The anime adaptation of the said manga was also hailed as this year’s most anticipated anime series.

“Haikyuu!!” gained worldwide popularity for its addictive shonen plot centered on a volleyball team composed of high school boys. Their objectives may differ but they all have one goal and that is to play volleyball. The creator of the manga, Haruichi Furudate, was able to deliver an emotional yet light story surrounding a difficult sports game to portray.

The said anime adaptation is currently on its third season which will air its final episode this weekend. The anime started airing in April 2014 and has already gathered 60 episodes. Meanwhile, the manga was first released in February 2012 and is currently still ongoing with 24 volumes already published.

Other manga titles that made it into the fourth up to the second spots respectively are “Boruto” by Masahi Kishimoto, “World Trigger” by Daisuke Ashihara, “Cardcaptor Sakura Clear Card Arc” by CLAMP, and finally “One Punch-Man” by ONE, trailing behind “Haikyuu!!” with just a difference of 40 thousand copies. “Boruto” and “One Punch-Man” have also been adapted for television animations and remain as two of the most popular series in Japan and overseas. Other familiar titles that made it in the said manga chart are “Dragon Ball Super” and “One Piece” ranking at 18th and 20th respectively.

On other news, Kadokawa has revealed the fruits of their research and announced the list of Top 20 most anticipated television anime shows for winter 2017. The widely-acclaimed “Blue Exorcist: Kyoto Saga” ranks first. The said upcoming anime is the sequel to “Ao No Exorcist”, otherwise known as “Blue Exorcist”, which ran from April to October 2011 with 25 episodes and an original video animation film (OVA). The second installment, which will focus on the Kyoto Impure King arc, will premiere on Jan. 6 next year.

The second most anticipated anime for winter 2017 is “Yowamushi Pedal New Generation”, another sports-centered anime. It revolves around a story of a group of young cyclists. The said anime is the third season of the series and it is set to premiere on Jan. 9 next year. Ahead of its official debut, the first two episodes will be previewed at a screening at the Toho Cinemas Shinjuku on Dec. 23.

Another promising anime series, “Showa Genroku Rakougo Shinju” comes in third with its second season set to air on Jan. 7 next year. Based on the manga of the same title, the anime started running in January 2016 and has already broadcasted 13 episodes. The story involves a man who was just released from prison and goes to a life-changing journey to pursue a career as a rakugo performer.

"Haikyuu!!" Season 3 is about to air its final episode and this will determine the future of Karasuno's boys volleyball team.

Teaser photos revealed for the upcoming "Gintama" live action film adaptation as more information on the upcoming new anime series has been announced.