5 Best Nintendo Games Of All Time 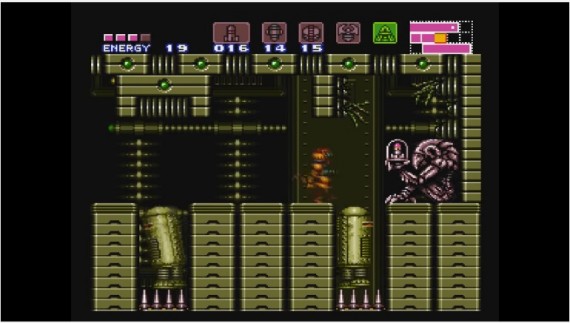 After the hype of the 3DS, thanks to Pokemon Sun and Moon, and the search for the elusive Nintendo NES Classic and upcoming Nintendo Switch, you'd want to look back on the best Nintendo Games of all time. (Photo : temujin9000/YouTube)

Nintendo has been there for us gamers ever since the dawn of video game consoles. They have been producing a plethora of video games kids like you and I have enjoyed throughout time. Nintendo is the biggest when it comes to recognizable characters we have seen on games and in the movies.

There a lot of Nintendo games out there so I'm going to choose a handful and write some of my experiences with them. It is important to note that these are purely from my personal thoughts so my apologies if they don't seem right to you. Here are my best Nintendo games so far.

Goldeneye - this game was the most influential first person shooter. The 007 game just went off to break away from clones of the most popular first-person-shooter, DOOM. The game just seemed tailor-fitted for the console gamers. It also made proper use of the analog stick for the Nintendo 64 when it came out in 1998. Like Mario Kart, this game has also gathered gamer friends at home and usually would start trash talks and disagreements afterwards.

Mario 64 - I was in the sixth grade when this awesome game came out. I was stunned, seeing Mario run around in full sandbox 3D for the first time made my eyes flow like a waterfall. The game was among the first to use N64's analog stick which then was adapted by modern day consoles. Sony even put two analog sticks on their PlayStation console due to its revolutionary concept. The game is really great that I still emulate it on my PC until today.

Super Mario Bros. 3 - the game I experienced when I was pretty much on my kindergarten days way back 1988. My parents wouldn't mind me playing video games that young considering the stereotype it has become. Their only concern was that my face is very near the CRT monitor. Anyway Super Mario Bros. 3 combines map style progress with its traditional side-scrolling platform. Showering in some fresh mechanics like the raccoon suit and inventory system, the game indeed kicked ass during its days.

Tetris - My experience with this wasn't with the GameBoy system but I had this device that only plays Tetris. I think it was a Chinese clone and we called it Brick Game. The game is so fun yet simple that its clones became rampant. Anyway, to commemorate Nintendo's awesomeness over my years of gaming, aside from the fact that Sony kidnapped me to be a PlayStation fan when it came out; I have added this game into my article. The game is so addictive that I have heard news about people getting run over by cars because they were playing it while walking on roadsides or getting across one. One thing to remember by about this game is the awesome music introduction.

Punch-Out - This is probably the best boxing game out in the market even until today. The story of an underdog boxer, Little Mac, who gradually climbs his way through stronger and sometimes funny opponents until he finds himself in the ring with Iron Mike Tyson himself. A bit of warning, the game is very hard and frustrating at times. To overcome this, you need to memorize enemy movements. It will be satisfying once you finish it.

For a more comprehensive list, Screen Rant has picked 20 of them, be sure to check it out.

Two more months and we finally get to know more about the controversial home console-handheld hybrid, Nintendo Switch. But then again, Nintendo fans seem to be more excited about the new Mario game - Mario RPG: Invasion of the Rabbids.

Hate waiting in line? Hate being the last one to get the NES Classic Edition? Then this article might help you on how to solve your problem. Some may sound funny but it does solve your issue.