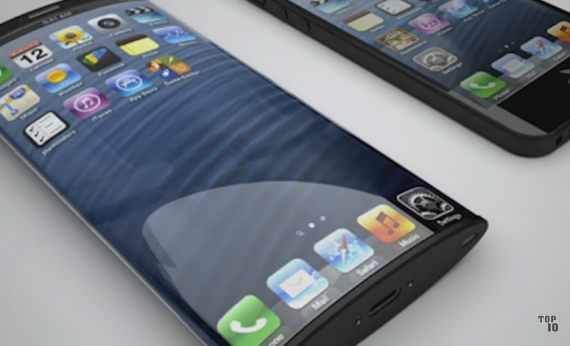 Two of the hottest supposed releases of next year are Galaxy Note 8 and the alleged iPhone 8. (Photo : MostAmazingTop10 / YouTube)

As the year come to an end, people start to shift their attention to the most anticipated 2017 releases. While there may not be a lot of official info given about them, rumors are quite abundant. Two of the hottest supposed releases of next year are Galaxy Note 8 and the alleged iPhone 8. Not only are these two highly-awaited, they are also quite a competition of each other. Here's a quick comparison review between these two.

The rumors about the iPhone 8 is still vague at this point. A recent leak has come out saying that Apple will be releasing the supposed iPhone 7S and 7S Plus next year instead of the long-rumored iPhone 8. However, it is worth noting that the long-rumored and supposed iPhone 8 is an anniversary iPhone. Apple will hit its tenth year for the iPhone smartphone next year which is why it is expected that we'll see a super-changed iPhone in 2017. This phone has been dubbed iPhone 8 for the longest time but it may still be called something else if it does come. With that said, it's hard to remove this supposed iPhone 8 out of the picture even with all these 7S and 7S Plus rumors coming out. There's still a chance that three of these will show up or the 7S Plus will be the anniversary iPhone.

Needless to say, as for the supposed specs of the premium iPhone 2017, it was said that it will have an all-glass body, curved display, wireless charging ability and no home button, Mac Rumors reported. This is a pretty solid and believable set of rumors for a supposed special iPhone. The only things said about the alleged 7S and 7S Plus is that they will run a faster A11 chip and have a new red-color variant. This is also a believable leak for a supposed ordinary successors to the iPhone 7 and 7 Plus. As a whole, next year's premium iPhone will be a solid iPhone deal. It is expected to look modern and futuristic, all while being super-fast and smooth-running.

It's hard to compare two different smartphones especially in the case of the Note 8 and the next iPhone. First of all they don't run the same operating system, and as a whole, the consumers' market has already been divided, with some people being pro-Apple and others being pro-Galaxy. Nevertheless, if we can make a tiny prediction for next year, it's easy to assume that the Galaxy Note 8 will be a successful release. This is despite the Note 7 controversy.

If you haven't read about it yet, there are still quite a number of Note 7 devices that haven't been returned yet despite the recall. This only means that the Note series is a well-loved device that doesn't have a lot of replacements in the market. Samsung even has to ban some of these unreturned Note 7 devices from all virtual connections to encourage people to return them.

As for the iPhone 2017, it could still be a wildly anticipated deal of next year, just like all the iPhones have always been. However, as far as who will be winning the masses, the Galaxy Note 8 looks like it will have a good fight. Nevertheless, let's just wait and see to find out. Both products are expected to arrive mid-2017.