Origin Games Under $6 You Can Gift For The Holidays 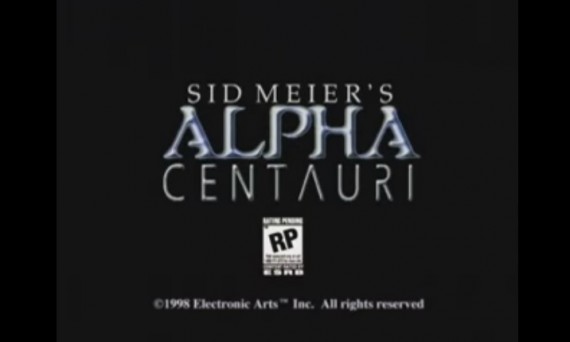 Looking for cheap games you can gift to your game-loving friends and loved ones? Look no further, retro games for under $6 at Origin! (Photo : SuperJP037/YouTube)

The holidays are here and it's time once more to check out video games that you can give to your loved ones who happen to be part of the gaming community, in short, gamers. Whether they are into FPS games or into games that focus heavily on narrative, new video games are still the best gifts to give them, of course. Or if you have extra cash to spare, a new console will do like the PS4 Pro or a VR headset (I hope my family is reading this).

For those PC-gaming loved ones, you can always check out PC holiday game sales and if your budget is limited, say just $6, well, good news. Origin is currently having a Holiday sale and your $6 is definitely enough and we're not kidding. So count your cash now and check out Origin games under $6 that you can gift for the holidays to your gaming loved ones. Satisfaction guaranteed, especially if they're into retro games.

This turn-based strategy game launched in February of 1991 is dubbed as the "spiritual sequel to the Civilization series" from legendary designer, Sid Meier. A sci-fi game set in the 22nd century, Sid Meier's Alpha Centauri features some improvements on Civilization II's engine including social engineering, customizable units, alien life, higher mod ability, simultaneous multiplay and even climate. With a current rating of 92 out of 100 from Metacritic, the player can discover over 75 amazing technologies and build secret projects for your empire. Get ready to be addicted with its compelling storyline.

Ultima I to Ultima IX

If you're into epic fantasy games, then you might want to cash out on these Ultima games currently for sale at Origin.

Did we forget to tell you Dungeon Keeper 1 is free?

From Bullfrog Productions, Magic Carpet is one of the popular retro games in 1994 wherein the player gets to be the wizard riding a magic carpet while fighting off monsters. Action and adventure at the same time, this game was considered to be "innovative and technically impressive" during this period. So if you want your dad or uncle to feel the 1994 vibe once again, get this game for them at Origin while it's still on sale.

There are more Origin games priced for under $6 during the holidays, check the list here and thank me later.

Cheap Indie Steam Games You Can Gift For The Holidays

If you're wondering what to get your gaming friends and loved ones for the holidays then this article may be for you. It also saves you a ton of time, not to mention no more carrying of boxes and paper bags.

Thank goodness for video game historians, they have saved 4 lost Kirby games that may have been burried for eternity. It would have been a killer find if the versions of the games were something else.

Modern consoles may not be the hottest game devices on the shelves for the holidays as retro devices make their way to your hearts as well. Find out who would win.

Internet Archive Added Another 2,500 MS-DOS Games So You Can Relive Your 90s Gaming Life

Remember your old PC games? You can now play them again and look back on your early gaming days

Nintendo Shuts Down Zelda: Breath Of The Wild Fan Project But There Is Still Hope

Nintendo strikes again by taking down a Zelda: Breath Of The Wild fan game.