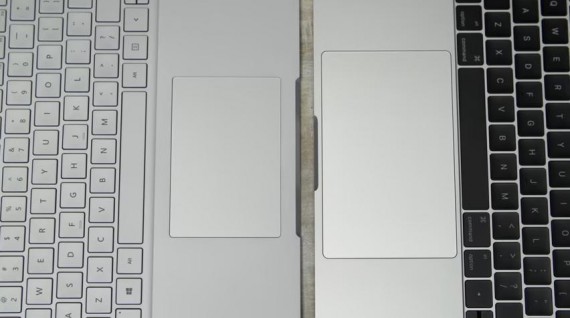 Microsoft just recently alleged that more people are shifting to or leaning towards purchasing a Surface product over a Mac product -- but how do the companies’ latest releases fair against each other? (Photo : Danny Winget/YouTube)

Microsoft has had a relatively great year, a large part of the reason being the success of its Surface products. Meanwhile, Apple has had its shares of ups and downs, as well as mixed feelings from the tech community. And it is no secret that these two companies like to put their products directly against one another - and in public no less. But how do their latest Surface and Mac products actually fair?

Earlier this year, the Redmond-based company released a series of advertisements, which were directly targeted at the iPad Pro. In an earlier commercial, Apple illustrated that its famed tablet could do anything that a PC could do. And when Microsoft retaliated, it proved all the reasons why Apple's claim was - basically - misleading.

But as Forbes expands to the story, Microsoft has recently called the 2016 MacBook Pro with Touchbar a "disappointment." The publication went on to explain that the tech giant was in no way demeaning the device itself -- which is a great standalone unit -- but that it did mean the release was a letdown after the months of waiting for it. Unfortunately, the exact numbers are unavailable as Apple bulks Mac sales in their reports.

On the other hand, Microsoft also claimed that November was the best month it experienced in terms of Surface Sales. Furthermore, that the Surface bundle, which was exclusive to Best Buy, sold out on the very first day. The company also illustrated that the UK experienced the best single week in Surface sales and that, in Germany, the Surface Pen was the best selling PC accessory.

The publication went on to reason that there were no actual figures provided, but these statements were made very matter-of-factly. Moreover, "More people are switching from Macs to Surface than ever before," the report said. "Our trade-in program for Macbooks was our best ever, and the combination of excitement for the innovation of Surface-coupled with the disappointment of the new MacBook Pro - especially among professionals - is leading more and more people to make the switch to Surface."

As noted by PC World, the top-of-the-line Surface Book i7 is equipped with a Core i7-6600U, a GeForce GTX 965M, 16GB of RAM and 1TB SSD. This model will cost about US$3,300, but lower-end variants are available beginning at US$2,400. However, all models come with the Core i7 chip, as well as the improved Performance Base and the GeForce GTX 965M.

It is hard to quantify if the proportions are fairly adjusted, as Microsoft definitely offers more power and storage for its more expensive product. However, the publication goes on to note that the Surface i7 wins out over the 2016 MacBook Pro in the end. However, this does not negate the fact that the new Apple notebook is a monster all on its own - there might just be better options out there.

Amazon Echo vs. Google Home: Which Smartspeaker To Welcome In This Holiday Season

If there is one smart buy to make for the family this holiday season, it has to be a smartspeaker. But the Amazon Echo and Google Home each have their own strengths and limitations.

Surface Phone: The Future Of Microsoft Mobile Relies On More Than Just Hardware

The smartphone market has its eyes set on Microsoft, which is expected to soon release the Surface Phone. And while the specs are speculated to blow competition out of the water, there will definitely be more to the device.

Apple iPad Pro 2 and Microsoft Surface Pro 5 are two of the most highly-anticipated devices for 2017. The two 2-in-1 gadgets should be treated differently since one is a full hybrid laptop while the other is a powerful tablet.