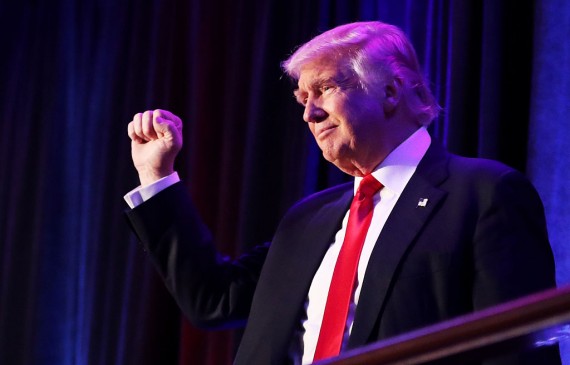 On Wednesday, an announcement was made to appoint the heads of two major players in the car industry as part of the United States president's advisory team. Founder and CEO of the SpaceX program and Tesla Motors, Elon Musk, along with Uber CEO Travis Kalanick will be part of the president's Strategic and Policy Forum. Entrepreneurs cannot help but wonder how this decision will affect the business world as both have criticized Donald Trump in the past.

Trump Will Gather Major Key Players In The Business Industry

The announcement was made by the president's transition office to gather the top tech leaders at the Trump Tower. Other key players that are expected to join the forum are Cheryl Sandberg of Facebook, Google Alphabet's Eric Schmidt and Larry Page, and Jeff Bezos, founder of Amazon and owner of The Washington Post, and Pepsi CEO Indra Nooyi. The members of the Strategic and Policy Forum will personally meet with Donald Trump to share and discuss their experiences and knowledge to work with the president's economic agenda.

First Impressions Does Not Need To Last

"America has the most innovative and vibrant companies in the world, and the pioneering CEOs joining this Forum today are at the top of their fields," said Trump in a statement. Elon Musk, however, made criticisms about Donald Trump in the past and told CNBC "He doesn't seem to have the sort of character that reflects well on the United States," Uber's Kalanick has also mentioned before elections, "Oh my god, Donald Trump's gonna win. I'm going to move to China if Donald Trump wins." Other tech companies were also known as non-supporters of Trump before the election, which is probably the reason why Hillary Clinton received a majority of votes from Silicon Valley.

The President And CEOs Set Aside Differences For Success

The decision that Donald Trump shows how mature and professional he is in keeping his promises to America. Putting criticisms behind and moving forward by touching base with the people he knows he can rely on. Fortunately, Elon Musk seems to be in the same plane of professionalism and knows that he needs to open his options if he wants to keep his status as a visionary. Travis Kalanick will also need to work with the current administration and get on their good side if he truly wants to make his car sharing business more viable to as the future of transportation in the United States. These are also true, not only tech companies but for everyone in the United States. Everyone should work on a common goal to ensure that the country stays on its feet.

President Donald Trump also said in a statement "My Administration is going to work together with the private sector to improve the business climate and make it attractive for firms to create new jobs across the United States from Silicon Valley to the heartland." That statement alone clearly represents Trump's motivation to set aside differences in order to, like he said, "make America great again."

The Future Of The American Car Industry Under Trump

With the very recent seating of president-elect Donald Trump, the car industry may go in a different road than the usual. The new president may actually bring the business booming once again.

It is surprising how cybercriminals can be creative. Every day, they come up with different ways of hacking into people's accounts. With technological advancements, it is challenging not to use the internet.