'Grey's Anatomy' Season 13 Spoilers And Updates: Fans Fed Up Of Meredith Grey's Storyline; Ellen Pompeo No Plans To Give Up The Show? 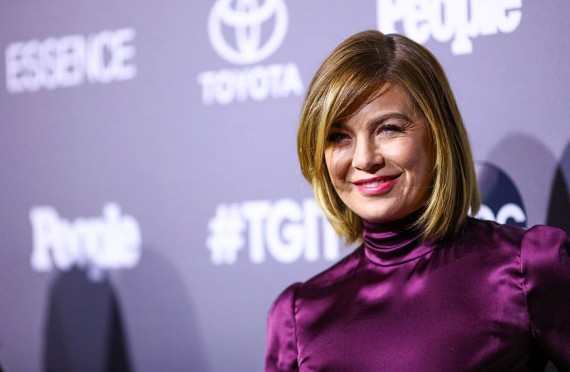 "Grey's Anatomy" Season 13 is considered to be one of the longest-running television series on primetime. With the show currently on its mid-season break, many were quick to voice out their thoughts about having Meredith Grey as the main focus of the show throughout its thirteen-season run.

However, not everyone seems to be pleased with Meredith Grey anymore. In fact, some fans were very vocal about being fed up of the character. According to reports, fans are now sick and tired of her storyline and want to have someone new to take the spotlight.

Fans were quick to point out that throughout the thirteen-season run of "Grey's Anatomy," they've seen almost all possible angles in the drama, especially in Meredith Grey's storyline. The fact that Ellen Pompeo's character narrates every single episodes and event in Grey Sloan Memorial Hospital is a becoming too repetitive and predictable to the audience.

With the spotlight being on Meredith Grey in "Grey's Anatomy" for so long, there were speculations that her appeal already died down and lost its edge. There were even claims that fans are now concerned as to how the series can attract more viewers, especially since Grey's storyline, has been used over and over again.

After thirteen long seasons, does Meredith Grey still has a new story to tell? Apparently, fans are now doubtful. However, this does not stop Ellen Pompeo from pursuing her coveted character in "Grey's Anatomy." In fact, the actress has been very vocal that she has no plans to hang her scrub suits anytime soon.

In an interview, Ellen Pompeo opens up about the show's continuous success after being in the industry for years. The actress also shares that she doesn't take "Grey's Anatomy's" success lightly and that it is something she has been very thankful for.

"You go through a journey of 13 years and at this stage, you're just so grateful that we've had the support that we've had," the actress said. "I mean, can you imagine the audience has supported us for 13 years? Some movie stars don't get a career that long. And we're on every week, and people are still watching. We don't take it lightly. It's unbelievable."

Ellen Pompeo also clarified that as long as there are viewers who enjoy watching the show, then there's no reason to put a stop into it. In fact, the actress wants to keep on doing it, saying, "I don't want to walk away from the golden goose. I want to put a leash around it and take it everywhere with me."

So far, there has been no confirmation whether or not "Grey's Anatomy" will be renewed for another season. As it seems, fans of the show might still be able to see more of Meredith Grey in the upcoming years - whether they like or not.

Will "Grey's Anatomy" Season 13 get to see Cristina Yang back on the show? Get the details below.

Are Arizona and Leah getting back together in "Grey's Anatomy" Season 13?

‘Grey's Anatomy’ Season 13 Finale Spoilers: Something Devastating Is Happening; How Will Maggie React Upon Learning Meredith And Nathan Romance?

Some “Grey’s Anatomy” Season 13 Finale spoilers reveal that something terrible will happen in Grey Sloan Memorial Hospital. Meanwhile, Maggie will learn the romance between Meredith and Nathan. Will she just accept it?

‘Grey’s Anatomy’ Spoilers: Meredith Can’t Hook Up With Riggs Because of Derek’s Ghost?

There are “Grey’s Anatomy” spoilers suggesting that Meredith won’t be able to hook up with Riggs because of the ghost of Derek, her late husband. But other rumors say there is still hope for the two.

"Grey's Anatamoy" Season 13 Episode 20 reveals Meredith in another troublesome flight. Fans are worried about the season finale and Shonda Rhimes reveals updates on it.

Shonda Rhimes knows how to surprise its fans. The latest trailer of "Grey's Anatomy" shows that Meredith and Nathan are in big trouble.