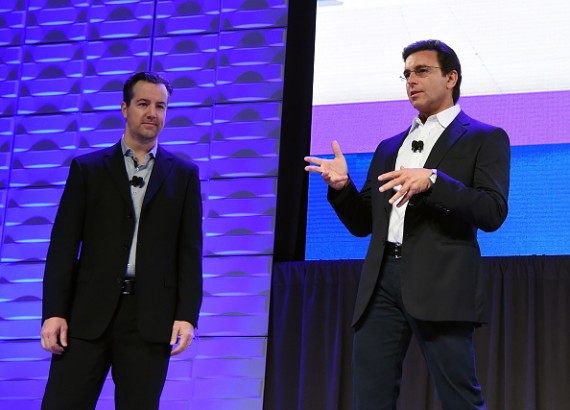 This year many gadget makers have added their own devices to Amazon's Alexa AI platform, making them smarter than ever.

Lots of third-party gadget makers are adding Alexa's artificial intelligence capabilities to their products. From watches to walkie talkies, consumers can take Alexa with them wherever they go. Here are the best Amazon Alexa gadgets of the year 2016:

According to Geek Wire, the Amazon Echo Dot remains on of the best gadget using the Alexa AI platform. The retailer's puck-shaped smart speaker has a great market success this year. Part of its success, according to market analysts, comes from its artificial intelligence (AI) software that makes it able to set timers, play music, respond to your questions and do lots of other useful stuff.

Echo speakers receive mixed reviews of their sound quality. For those users with high audio standards, one alternative for better Hi-Fi audio quality could be to pair an Echo Dot with a better-quality Bluetooth box.

But for some very exigent audiophiles, even that solution might not be good enough. They might be happy instead with a Jam Voice system with a $160 price tag. This provides access to Alexa, as well as stereo sound.

The system is composed of $80 third-party Bluetooth speaker that provides push-button access to Alexa. The Bluetooth speaker could be paired with another Jam in a full setup system that costs $160. This creates a pair of satellite speakers that could be ideal for spreading music across a floor or for filling a room with sound. The setup could also double as a portable sound machine, as it provides hours of battery life.

Having a car that can speak with Amazon Alexa is among the latest trends. Three Ford models are currently in final testing, featuring the company SYNC platform, according to Fortune. The three Ford models of cars that will be able to speak with Alexa by the end of the year are the Fusion Energi, Ford Focus Electric and C-Max Energi.

The cars will be able to do everything from adjusting the thermostat to playing your favorite music with just a voice command and the push of a steering wheel button. Other vehicles destined to get the Amazon-linked technology are BMW and Genesis, as the companies announced at CES 2016.

Apple Watch users are getting the Siri digital assistant, but there are also wearable options for those who want to get Alexa on their wrist. The Martian mVoice line of smartwatches are connecting users to Amazon's digital assistant technology. According to Time, they come with access to Alexa's 5,000 skills right out of the box and are starting at a price tag of $295.

Despite the fact that smartphones are incredibly convenient and trendy, there are still situations when users would prefer a walkie talkie-like communicator. Orion Labs Onyx can pair with your Android or iOS device. It costs $129 for one device or $199 for two-packs.

The little circular wearable can latch onto user's clothing. Aside of putting communications within easy reach, the tiny device also gives access to the Amazon Alexa digital assistant. Onyx could perform any Alexa-linked skill that Echos can do, aside of playing music.

AI digital assistants have a profound impact on user experience.

A new patent by Amazon allows Alexa-enabled devices to answer and make calls from your smartphone.