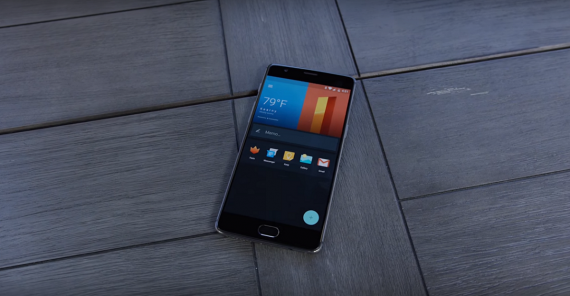 OnePlus 3 - A third attempt at a flagship killer via spec! (Photo : Marques Brownlee/YouTube)

When the OnePlus 3 was released, everyone thought that this would be a phone far from achieving the major success; it would be just a decent mobile device as the previous models. However, this smartphone ended up becoming one of the most incredible revelations this year, to the point in which it was considered a flagship killer.

On the other hand, another great smartphone that we all saw this year was the Galaxy S7, which was the best response that Samsung could give to the world after the Galaxy Note 7 fiasco since this was a product that ends up being considered as one of the best mobile devices in 2016. But believe it or not, between this phone and the OnePlus 3, this last is the best option to choose, and here are three reasons that prove it.

This is probably one of the most important details of a smartphone considering that it has been proved that customers love when mobile devices can last for the longest time possible before they need to be charged. Of course, in recent times we have seen many smartphones that have excelled in its capacities and this field, and these two incredible mobile devices are a great exemplification of it.

Although the Galaxy S7 have an outstanding 3,600mAh on the battery, while the OnePlus 3 has 3,000mAh, this phone could last longer than the Samsung´s flagship, since it has a Snapdragon 820 processor, and the display resolution is only 1080p, as opposed to Samsung´s QHD offering. This mean that the OnePlus 3 could last a little bit longer, which is something unbelievable considering that difference between both companies are extremely huge.

OnePlus 3 Vs Galaxy S7: The Price

Although this might be repetitive, it´s a fact that the price of a product have the particularity of being the most important detail that the customer is going to look at. However, there are times in which the cost of a product might give a little insight of how efficient it would be.

Believe it or not, this is not the case of the OnePlus 3, which is a smartphone that has been characterized to offering almost the same as the most incredible flagships, but at a much lower price. This is exactly why this phone is considered as a flagship killer since it has a similar quality but at a much affordable cost.

The Galaxy S7 was not exactly expensive, and this was another detail that makes many people consider this smartphone as one of the most incredible of 2016. However, the thing is that while you can buy the Samsung at $680, the OnePlus 3 can be bought for only $400, which is another reason why this mobile device is a better option.

OnePlus 3 Vs Galaxy S7: The Camera And The RAM Storage

It´s a fact that the most important feature that everyone looks in a phone is its camera and how fast they run since there´s not a single user that doesn't to take photos and have a slow mobile device. Naturally, both the Galaxy S7 and the OnePlus 3 are some of the greatest smartphones in this field, but this last one could be considered greater.

Don´t get me wrong, the Galaxy S7 camera is better than the OnePlus 3 because when this one has a 16-megapixel sensor, the Samsung phone has a 12-megapixel´s. In the case that you don´t know about this, let´s say that extra megapixels doesn't help a phone at all, but the difference between the OnePlus 3 and the Galaxy S7 is minimum. However, here comes the price factor, which is going o make you chose between two mobile devices that have almost the same camera, but one of this cost almost $300 less.

On the other hand, another outstanding detail about the OnePlus is that its RAM storage is 6GB while the Galaxy S7 is 4GB, which makes the Chinese phone a little bit faster than Samsung´s flagship. And of course, if you add the price one more time in this field, things will clearer when you ask yourself which smartphone to buy.

In recent days, Samsung send a letter to its employees claiming that there shouldn't be any more leaks regarding the Galaxy S8, since this is something that could be damaging to the company´s interests.

Although its presence in the U.S. is almost inexistent, next year could be the moment where the Chinese smartphones could become the new players in this market, which would present a serious problem for Apple.