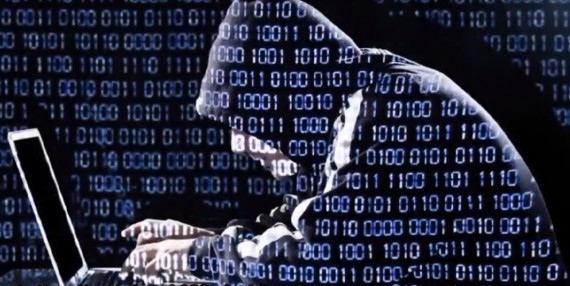 California nursing school has been the victim of a ransomware cyberattack. (Photo : Hotnews/YouTube)

The Federal Bureau of Investigations (FBI) is probing the hacking of the U.S.' Federal Deposit Insurance Corporation (FDIC) that is believed to be the work of hackers sponsored by the Chinese military.

Now, the FBI aims to find some answers, clarifying the issue of the most recent hack. According to Reuters, the FDIC believes that the Chinese military-sponsored the attacks and the U.S. law enforcement agency is investigating how the intruders got in.

According to an internal probe, the FDIC took until 2012 to ensure that its systems were clean. However, online security is still an ongoing problem and, according to official disclosures, in the year 2015 there were 159 instances of unauthorized access in the FDIC's fiscal 2015. Among them, 20 were data breaches.

The latest data breach resulted in the computer used by former FDIC Chairwoman Sheila Bair being compromised, alongside with dozens of other computers at the agency. The FDIC guards information on millions of Americans' deposit, given that it is one of the key federal agencies overseeing commercial banks in the U.S. This means that its data is extremely important.

The federal insurance corporation is trying to fix at least some of its security underlying problems. Vulnerability scans are conducted in a sensitive part of its network and the staff is preventing from walking away with sensitive info on thumb drives.

Given a recent US-China agreement that it should theoretically limit hacking campaigns, there's also a question of whether or not the threat is as large as it was in 2010. Security experts expect that the FBI investigation will also lead to more important changes in government security.

According to Digital Trends, it is still unclear how long has been ongoing the FBI investigation in the probe examining the breach. Meanwhile, FDIC spokeswoman Barbara Hagenbaugh noted that the agency is continuing to take steps to enhance its cyber security program. Chinese Foreign Ministry spokeswoman Hua Chunying said regarding China's alleged involvement in the attacks that until FBI has no definitive proof it is not appropriate to judge who is really behind these the attacks.

FDIC Tried To Cover Up The Hacks

According to CNN Money, another issue is the fact that the American government officials tried to cover up Chinese hacks into computers at the Federal Deposit Insurance Corporation from 2010 until 2013. The issue has been also raised in a Congressional report.

The investigative report presented by the House of Representative's Science, Space, and Technology Committee presents the FDIC's bank regulators as technologically inept and deceitful. The Chinese government hacked into 12 computers and 10 backroom servers at the FDIC, according to congressional investigators.

The agency hid the hack when congressional investigators tried to review the FDIC's cyber security policy, according to the report. However, in a recent internal review, the FDIC admits that recordkeeping "needs improvement" and that it "did not accurately portray the extent of risk" to Congress, but now it is working on updating its policies.

Did Russia Hack US Presidential Election?

Russia has been accused for hacking the U.S. election, accusation that opens a new era in espionage.