What Smartphone Technologies Await You In 2017 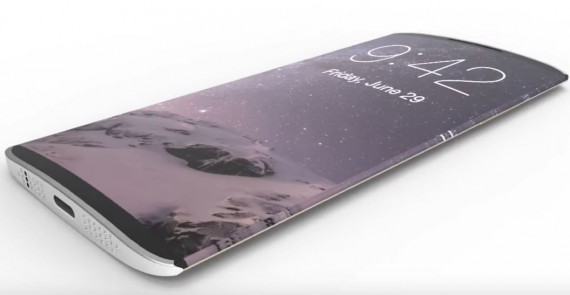 Now that 2017 is almost in, smartphone fanatics can't wait to see what is in store for them next year. We all know that smartphones become more and more high-tech as time passes by, so we can't wait to see how it will evolve next year. While we all hope that smartphone companies introduce new features that will make lives easier, more convenient and more efficient, it would also be interesting to see the less useful but fascinating features that will be introduced next year. As per the rumors, here are some of the possible technologies that will become mainstream in smartphones this 2017.

According to rumors, flagships from Apple and Samsung are all coming in with an all-glass frontal. This means that there will no longer be a home button and the front camera will already be placed on the display. This may be a simple change but it can take some time before people can get used to not having a home button to press. Needless to say, it's not the users who establish the trend, it's the smartphone makers. When Apple removed the 3.5 mm jack, everyone can't do anything about it and end up getting used to their iPhone 7 and 7 Plus despite the lack of a conventional audio jack. This means that people are going to have to get used to using a display-embedded fingerprint scanner and let go of their urge to press something from their smartphone's front surface.

Samsung may have already been quite fond of curved screens as implied by their Edge smartphone variants. However, rumor has it that the curved screen technology will become all the more popular this 2017. Not only is the iPhone 8 rumored to come with a curved screen, Samsung's Galaxy S8 is also rumored to come in two curved screen variants. This means that there could no longer be any flat screen Galaxy S device coming in, Tech Radar reported. It was said that the two Galaxy S8 smartphones will only differ in display size and not in display shape.

Apple, LG and a number of other brands may have already used a dual camera system this year. However, 2017 may see more and more smartphone brands make use of this technology. The dual camera system is practically the topmost camera technology developers can make use of at this point in time. As these companies feel the need to improve each of their flagship's specifications, there really isn't a lot of things that they can do about the cameras. Before, developers just stick to giving their cameras higher megapixels season after season but right now, this may no longer be enough. With that said, we can expect that the dual-cam system technology could become more and more mainstream in flagship devices this coming 2017.