How Quantum Computing Will Change Cybersecurity? 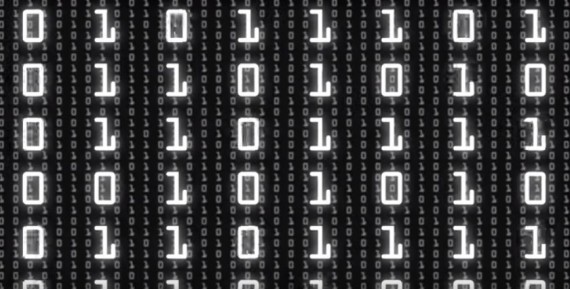 What Is A Quantum Computer?

A digital computer uses bits of information but a quantum computer uses qubits. A bit is a digital information that can be either a zero or a one. However, in case of a qubit, the difference is that it can be both zero and one simultaneously. This made a quantum computer more difficult to program but it also has the potential to be significantly more powerful than today's computers.

A quantum computer will also make obsolete many of today's public key algorithms, according to Kevin Curran, IEEE a professor at the University of Ulster and leader of the Ambient Intelligence Research Group, as cited by CSO. According to him, among today's most popular algorithms, one common encryption method is based on the factors of very large numbers, which are very difficult to find. But for a quantum computer huge amount of processing is not a problem. Finding the factors of very large numbers can be easily and quickly solve on a powerful quantum computer.

Curran added that most affected will likely be the public key systems used for financial transactions and online communications. Symmetric algorithms will survive a bit longer because they don't have the same weaknesses. This type of algorithms can become more secure by increasing the length of the encryption keys.

For public key encryption, possible post-quantum alternatives include hash-based, lattice-based and multivariate cryptographic algorithms. According to Curran, some top tech companies such as Google are already experimenting with some of these new encryption methods. For instance, Google's New Hope algorithm is based on the Lattice-based public-key.

In Google's Chrome, a part of the connections between Google's servers and desktop Chrome will use a post-quantum key-exchange algorithm. The giant search engine is adding a post-quantum algorithm on top of the existing one in order to be able to experiment new encryption methods without affecting user security.

Some future-proof cyber security methods have already been developed and are currently being tested. Companies need to start checking now whether their systems, are flexible enough to allow easy replacing of old, obsolete algorithms. According to Curran, fortunately, there are already some algorithms that could run on existing computers and could be workable replacements.

One company that is paying very close attention to this is Echoworx, which provides on-premises and cloud-based enterprise encryption software. Echoworx, a company that provides cloud-based and on-premises enterprise encryption software solutions is among the organizations that are paying very close attention to this development. Their aim is to be ready for the moment when quantum computing will break all of today's commonly used encryption algorithms.

Justin Fier, director of cyber intelligence and analysis at Darktrace, said that quantum computing is theoretical at this moment and the impressive costs of operating one will make it difficult to enter the mainstream immediately even if a prototype had been designed. But that's not a good reason to not take seriously further cyber security threats. In fact, more than a year ago D-Wave Systems released the first commercial quantum computer.

According to Mike Stute, chief scientist at security company Masergy Communications, nations such as China have already made public announcements about breakthroughs in both unbreakable quantum communications and quantum computing. Companies with particularly sensitive data will need to upgrade their encryption algorithms sooner rather than later.

IBM has made available a free cloud service that allows anyone's access to one of its quantum computing processors.