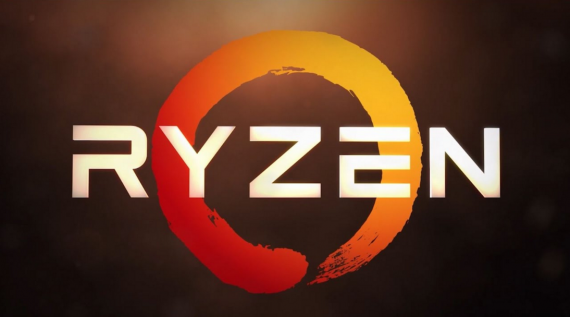 The leaked review was conducted by the hardware guru Doc Teraboule, and gives a basic summary of the AMD Ryzen processor. The identifying code of the processor is AMD 2D3151A2M88E and the chip is not mentioned by its new marketing name. It was also confirmed that AMD Ryzen will work at a clock speed of base clock 3.15 GHz, turbo all-core 3.3 GHz and turbo one-core 3.5 GHz.

Based on the said features, as reported by Tech Radar, Ryzen chip is an engineering sample and the commercial CPU will likely release with better processing speed and power. In the initial test, Ryzen’s rendering performance when optimized was noted to be above from Intel’s Core i7-6900K CPU. In competition with FX-8370, the margin was noted above 60 percent.

The Benchmark has used a collection of render programs being run on the $1000 Intel Core i7-6900K processor and the Ryzen CPU at 3.3 GHz. The power consumption on AMD's Ryzen processor is said to be more powerful, with only 93W of power being consumed while the other is 96W. Although the gaming benchmarks are not as good for AMD, tech critics point out that we're looking here at un-optimized results with low clock speeds and a very early motherboard sample.

According to Forbes, AMD plans to span Zen architecture across numerous devices, but Ryzen's demonstrations were focussed on the enthusiast desktop gaming market. The most interesting part of the presentation was the comparison between an 8-core Ryzen CPU. AMD also discussed new technologies, such as Pure Power and Precision Boost, which it claims can drastically reduce the power required for a given performance level.

AMD had already demonstrated the 95-watt processor’s ability to surpass a 140 watt Intel Core i7-6900K processor, specifically the Intel's, in some tasks. But many expect the company to cherry-pick the tests that show its processor in the most positive light.

French magazine Canard PC got a chance to run their own tests and they have found that the Ryzen processor offers performance somewhere between that of a Core i7-6800K and Core i7-6900K chip. On the other hand, when it comes to gaming, the Ryzen processor is closer to a Core i5-6500 or Core i5-6600 chip.

The competitive company Intel has changed its roadmap, as mentioned by BenchLife has spilled the information suggesting we could see some new desktop class processors unveiled at the Consumer Electronics Show CES in January 2017.

While Yibada mentioned that AMD Ryzen set for March 2017 release date. According to the report, if January would be the chosen date, then "AMD would be saying as much." Thus, making the month of March a more plausible release period. Moreover, alternate scenarios may likewise ensue when dealing with the price of the upcoming Zen based processor of AMD as most reports would suggest.

Intel has just confirmed to launch its latest Coffee Lake chipsets on Aug. 21.

AMD has not announced the Threadripper 1920 itself, but Asus lists the CPU in the list of compatible CPUs for its RoG Zenith Extreme motherboard.

The new Apple iMac Pro will start at a price of $4,999 in the US and will be available in December. Apple also updated the standard iMac line with new 7th generation Intel Core i5 and i7 processors.

AMD Is In Danger, Intel's 18-core, 36-thread Desktop Processor Is In The Works

It's a massive development if it's true that Intel is nearly doubling the core count from its previous flagship, the Core i7-6950X, which has 10 cores, and that's just from one generation to the next.

AMD Ryzen Threadripper will have the 32-thread chip that should easily surpass Intel's current 10-core Core i7-6950X in heavily multi-threaded and heavy multi-tasking chores. The CPUs would be based on 6th-generation Skylake cores.