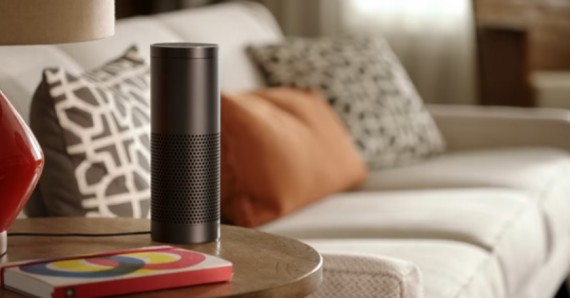 Investigators have served a warrant for Amazon to divulge the contents of a certain Amazon Echo to help pin a suspect in a murder case. (Photo : Amazon/YouTube)

Police authorities are asking Amazon for help in solving a year-old crime.

Back in 2015, Bentonville, AK was rocked by a murder that has remained unsolved to this day. A man by the name of Victor Parris Collins, 47, of Centerton, was found dead in the back patio of a house belonging to James Andrew Bates, 31, on SW Elm Manor Avenue.

The Night In Question

According to Bates, he invited Collins and two other friends, Owen McDonald and Sean Henry, to his Bentonville home to drink and watch a football game. The trio came over on the night of Nov. 21, 2015 and proceeded to drink beer and vodka while enjoying the game.

Henry left a little later leaving Bates, Collins, and McDonald who decided to get in the hot tub at the back patio where they continued their drinking spree until 1 a.m.

Bates woke up the next day to find Collins still in the hot tub with no signs of life. He called 911 at around 9:30 a.m. Investigators discovered the former Georgia officer floating face up in water that was already reddish. Collins was bleeding from the mouth and nose and also had a cut on his eyelid. He had a black eye, and swollen and bruised lips. It was also later discovered that Collins suffered from deep scratches on his back, abdomen and arms.

5News Online reported that the detectives noticed several indications that there was a struggle and that someone tried to clean up.

The rim of the tub and the patio was hosed down with water while cushions and some hot tub fixtures lying on the ground near the tub were also recently cleaned. One of the cushions had something that looked like diluted blood spots. More diluted blood spots were discovered along the sides of the tub while a large splatter of blood was on the tub's cover. They also verified that the hose showed signs of recent use which was unusual considering the

McDonald was taken in for questioning and was discovered to have left Bates' place and arrived at his home at around 12:30 a.m. He said Collins was alive when he left.

An AI for A Witness?

No witnesses have yet to surface to point fingers on a suspect. But now, the authorities believe they have one in Alexa.

Alexa is the virtual assistant or artificial intelligence that is embedded in a number of Amazon hardware including the Echo, a smart speaker.

James Andrew Bates happened to own one. And now, the smart home device may spell the difference between his freedom or jail time.

Authorities believe that any information they can get from the Echo may prove substantial in proving that Bates is guilty of first-degree murder. Alexa needs to be activated with a wake word before it can start recording. The hope is that Alexa was awake when everything happened or at least any of her recordings can be connected to the crime.

The problem is that Amazon has so far refused the request to divulge what was recorded in its servers. According to The Verge, however, Amazon gave police Bates' subscriber information, and purchase and billing history. The company cited its privacy laws with its customers and Bates' defense lawyers are not keen on using the device in the case against their client making it a bit difficult to use Alexa in the case.

"You have an expectation of privacy in your home, and I have a big problem that law enforcement can use the technology that advances our quality of life against us," stressed defense attorney Kimberly Weber.

Can AI Be Used to In Criminal Cases?

The use of such smart home devices in criminal cases can go two ways. One, it can prove any criminal liability provided the device has recorded exactly what happened. Two, it can be used to frame someone for a crime. If a perpetrator is aware of the presence of such connected devices, he or she can say words or make sounds that may incriminate an innocent person.

On the other hand, knowing that someone or something is always listening may stop one from doing stupid things.

The ASUS Zephyrus With GeForce GTX 1080 Max-Q has a pricetag of $2,699 that comes with powerful specs and impressive features.