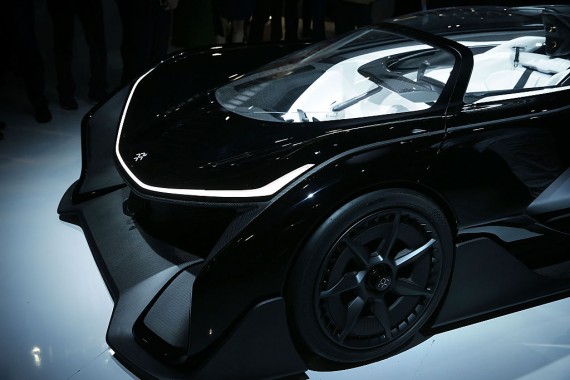 Faraday Future opened 2016 by unveiling a 1000 horsepower electric car named the FFZERO1 Concept that they unveiled at the Consumer Electronics Show in January. The company holds a lot of promise in terms of future car technology, except for the mishaps that they have been dealing with throughout the year. These mishaps may lead to more as they are ending 2016 with two executives leaving the company.

Two Top Executives Were Cut Off From Faraday Future

According to The Verge, chief brand and commercial officer Marco Mattiacci and vice president for product marketing and growth, Joerg Sommer, had been removed from the company's website. Reports indicate that the two prominent executives may have been let go by the company in an attempt to save the salary that they are receiving to be used for other purposes. The two executives leaving just before the upcoming 2017 Consumer Electronics Show could be an indication that the company is already cost-cutting.

Marco Mattiacci was the president and CEO of Ferrari North America and Ferrari Asia Pacific before he joined Faraday Future. He also managed the car brands Formula One race team as the director and the team principal. Joerg Sommer held executive positions at Volkswagen, Daimler, Renault and Opel prior to joining Faraday Future. Both has been a part of Faraday Future for less than a year, with Mattiacci staying for seven months, and just three months for Sommer.

Faraday Future Is Facing Lawsuits Due To Debt

Prior to the two executives leaving the company, Faraday Future also had to stop construction at their Nevada factory. The factory had an estimated production cost of $1 billion dollars. A company named Futuris, developer of car seats and interior components, has recently sued Faraday Future for an alleged debt of $10 million dollars. The tech company is also behind for more than $46 million dollars in payment to lead contractor AECOM.

Biggest Backer Is Running Out Of Funds

Chinese billionaire, Jia Yueting, is the main backer of Faraday Future. Unfortunately, he also expressed financial instability with his own company LeEco. Yeuting said in a letter to his employees that LeEco is running out of funds due to high costs of automotive projects. Besides Faraday Future, LeEco has a partnership with Aston Martin and start-up automotive company Lucid Motors.

Despite all the issues, Faraday Future did not make any announcement that they will be pulling out from the 2017 Consumer Electronics Show that would be held on January 2017. They, instead, have been releasing teaser videos and photos of their new car that they promised to hit the production line. The move to bring out teasers is necessary for the company to increase hype from their followers, and probably to smokescreen an almost inevitable downfall of the company, perhaps.

The first teaser shows off the front grille and taillights of the car that would soon be unveiled at the Consumer Electronics Show. The latest teaser, shows off the car seat. However, little can be said with both teaser videos as they only last for a few seconds and are mostly seen in little highlights and is mostly shrouded in shadows. We can only hope that they shed more light into the vehicle once revealed, and take the company out of the shadows, as their teaser shows.

Self Driving Cars Don't Need To Look Like A Robot: Meet The Ford Fusion Hybrid

Almost all major car brands are moving into having a self-driving car of their own added to their vehicle lineup. The problem is, the self-driving cars look awful if not pricy.

Ever since Tesla started more than a decade ago, the company has been receiving both critics and praises for its self-driving capabilities. Recent dascam footage finally shows just how reliable the autopilot can be.

Faraday Future Releases Another Teaser Against Its Drag Race With Tesla, Bentley And Ferrari

Startup tech company, Faraday Future, have been releasing teaser photos of their new 1000 horsepower production car and teaser videos of it going head to head with the likes of a Tesla, Ferrari and Bentley.