Most Popular Dating Apps Of The Year 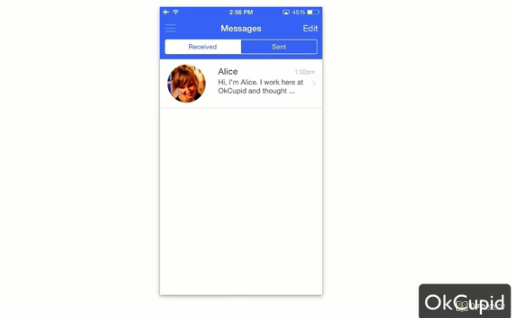 If you’re one of the people who are curious about what dating apps people deem as the best, this list is for you. (Photo : iDateAdvice / YouTube)

Online dating may or may not be good but it's generally a matter of preference. If you're one of the people who are curious about what dating apps people deem as the best, this list is for you. Applause, an app analytics company, has recently conducted a study to find out which of the dating apps have satisfied the user base the most. Here are some of the most popular dating apps in the US.

OKCupid is said to use a comprehensive profile system which involves multiple questions. This helps determine how much a person match with another user. Its app interface is also quite easy to use as it's got the similar swiping gesture that Tinder has been known for.

Tinder is undeniaby one of the most talked about dating apps of the year. As mentioned, this app is iconic for its swiping gestures wherein you swipe to say yes or to say no to a potential match. There are also new updates that introduced the Super Like feature and the ability to include more things on your profile.

This app is unlike other dating apps that are generally wild in nature. Coffee Meets Bagel only shows you a few good matches daily. It aims to do the matching at a more measured manner. This means that its matches are quality, as per Business Insider.

The concept of Happn is quite unique. It's one of the dating apps that we can say, roots from a hopeless romantic idea. Basically, Happn shows you the set of people whom you have actually crossed paths with during the entirety of your day.

Lulu is not quite a conventional dating app. Instead, it is an app that lets girls rate the men they know. The rating is done anonymously and the guys are all the men that the girls have known through Facebook. Technically, the scoring is a simple scaling of one to ten. To be a part of Lulu, know that your profile will be pulled in automatically when girls that you know goes to Lulu.

Down is an app that is literally about people who are wanting to "get down". It may be more explicit in its goal of helping people hook up than the other apps. Nevertheless, it does have the options to either get down or "get date".

Grindr's aim is clear - to help gay men get together quickly. This dating app is quite a big hit. Grindr is actually one of the most mentioned dating apps of the year.

Hinge is also one special app with a unique concept. Unlike other dating platforms that allows you to meet total strangers, Hinge only matches you with people that you have common friends with. This means that you are only shown your extended social network, which may be good or bad depending on your needs.

If you're looking for a more "serious" dating assistance, Match is quite an option. It's actually one of the pioneer in this business and is said to have matched the most relationships. Nevertheless, this app is more recommended for people who are looking for a serious life-partner.

Still Curious which one to try? Here is a list that includes many other popular dating sites.

Details of up to 412 million people have been exposed following the hack of "sex hookup" site Adult Friend Finder. Friend Finder Networks runs the live sex camera site Cams.com that has close to 62 million users.

A study has revealed that couples who meet online tend to have happier and more satisfying marriage.