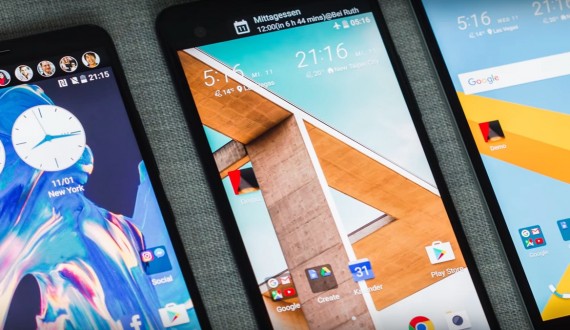 The HTC U Ultra is the larger and premium model of HTC's latest smartphone release and is worth around $750. It comes with a Quad HD 5.7-inch display with 2560 x1440 pixels. (Photo : ANDROIDPIT COM/YouTube)

Smartphone these days are getting more and more powerful. Not only that, it seems like every month a high-end phone is released, leaving you confused as to what smartphone you should pick and spend your hard-earned money on. For this article, we will be discussing a quick preview about the specs and features of the new HTC Ultra and the Google Pixel.

The HTC U Ultra's retail price in the U.S is reported to be around $750. It was just unveiled last week and will be available next month. As for the Google Pixel, its 32 GB model is priced at $650, while its 128 GB model is at $750. It was first announced last October of 2016 and was later released the same month.

The HTC U Ultra's design comes with this translucent piece of glass that is highly reflective and somewhat glossy, but beautiful nonetheless. And according to the source, it is a Gorilla Glass 5 that makes up the phone's unibody design. On the hand, though it is large and heavy, the rounded glass edges make the HTC U Ultra quite comfortable to hold. Its body dimensions are 6.39 x 3.14 x 0.31 inches and weigh170 g. For its color casing designs, this smartphone comes in Black, White, Pink, and Sapphire Blue.

On the other hand, the Google Pixel's design features a light but solid texture with an aluminum casing. Unlike the HTC U Ultra, the Google Pixel is rather small which makes it much easier to use with one hand only. It is also notable that your fingers do line up perfectly with the buttons on the side and the Fingerprint Scanner on the back. Its body dimensions are 5.66 x 2.74 x 0.33 inches and weigh 143 grams.

The HTC U Ultra features a 5.7-inch display with Quad HD resolution of 2560 x 1440 pixels. The super LCD5 panel presents impeccable colors and strong contrasts. Over the top of its display panel, there is this secondary display which is used for additional information or shortcuts for recently used apps.

The Google Pixel features a 5.0-inch AMOLED capacitive touchscreen with a screen resolution of 1080 x 1920 pixels. Its panel is bright and vivid, but colors are a bit oversaturated. Even so, it still offers one of the best panels on the market, but not enough to outshine the Galaxy S7's panel.

The HTC U Ultra is reported to run on Android Nougat. It is powered by a Qualcomm Snapdragon 821 chipset and has 64 GB of internal storage with 4 GB of RAM. About its software performance, the source video source claimed that its final software is not yet complete, so it is too early to judge for now. However, the HTC U Ultra has its own AI assistant that goes by the name HTC Sense Companion and is said to be quite capable of giving the user an amazing experience for a smartphone.

The Google Pixel's OS is Android Nougat and is also powered by a Qualcomm Snapdragon 821 processor. For its software performance, it really is buttery smooth, but had minor issues in the past which have been fixed by Google (most of them). And for gaming performance, the Adreno 530 that the Google Pixel packs in handles intense games like a boss.

For its Google Assistant, it is essentially a replication of the Google Now in a conversation format. It can tell you jokes, play mini-games, search nearby restaurants, tell you weather reports, and many more.

The HTC U Ultra features a 12 MP Ultra Pixel 2 rear camera that has 1.55-micron pixels with laser and phase detection autofocus. Its front-facing camera is 16 MP with an Ultra Pixel mode feature. As to what the Ultra Pixel mode is, it combines the pixels, making a 16 MP shot into a 4 ultra-megapixel shot that is said to look even great in low light conditions, possibly even better than the Google Pixel's camera performance in low light.

It is one of the faster picture shooters (just like the Sony Xperia XZ) and the pictures that the Pixel have are phenomenal looking with plenty of fine detail and natural-looking colors. Even in low light conditions, the details and colors are still held up quite well. And for its video, it is capable of shooting in 4k resolution with its gyroscope-based software stabilization, giving it one of the best-stabilized footages for a smartphone even with shaky hands.

The HTC U Ultra does carry some powerful specs and features, especially with its camera and AI assistant. But there was not enough material to show how it will perform, especially in real-world usage. As of now, though the HTC U Ultra definitely has the potential to be one of the best smartphones of 2017, the Google Pixel will be the better smartphone based on the reviews.

HTC has unveiled two high-end smartphones: namely the HTC U Play and the HTC U Ultra. These smartphones are the first mobile devices that have been formally introduced by the company under the 2017 HTC U line.

HTC is reported to release or unveil 3 smartphones on January 12, 2017. The name of the smartphones are HTC Alpine (aka HTC U Play), HTC Ocean Note (aka HTC U Ultra), and HTC E66 (aka HTC X10). These rumored smartphones are said to be quite powerful and will most likely impress HTC fans and tech enthusiasts alike.