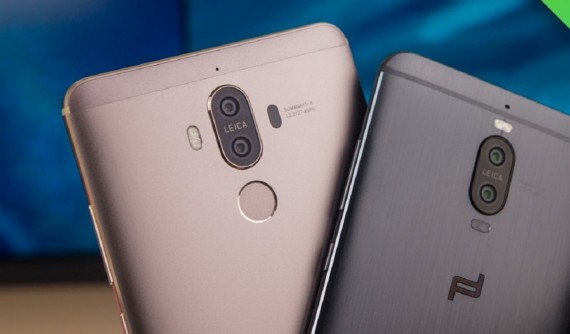 After spending plenty of time with the Huawei Mate 9, we're now ready to give our thoughts in this full review. Is the Mate 9 the best phablet currently on the market? Let's find out. <br /> (Photo : Android Authority/YouTube)

The Huawei Mate 9 has been one of the greatest mobile devices ever released by the Chinese giant, given the fact that it offers great specs and features, and an affordable that makes this phone into something remarkable. However, some users have noticed several issues about this smartphone since it was released, which represent a huge disappointment considering the expectations that many people had before its official launch. Nevertheless, all of these problems can be easily solved, so if you want to buy this smartphone and don´t know what to expect, here are some of its biggest problems and its solutions.

The Huawei Mate 9 Has A Wi-Fi Problem

One of the biggest issues about the Huawei Mate 9 is that it has a poor Wi-Fi connection, which is practically one of the worst problems that any mobile device. Nevertheless, even when is quite unfortunately that a smartphone with such outstanding specs and features have this little detail, fix it is easier than you might think.

All you have to do is to turn of the Huawei Mate 9, and at the same tie hold the power off, volume up, and the home button. Once you have done this, wait a few seconds and the mobile device will vibrate once and the recovery mode is started, then you only have to search for an entry called "wipe cache partition" and start it. Finally, just wait a couple of minutes until the process is complete, and restart the Huawei Mate 9 with "reboot system now", which will restore the slow Wi-Fi on the mobile device.

The Huawei Mate 9 Is Unable To Get Updates

One of the biggest issues that some users found on their Huawei Mate 9 is that this phone is unable to get updated, as well as the apps, which is clearly a huge problem that has caused a lot of anger towards customers, considering the expectations that everybody had with this mobile device.

Although Huawei offers the solution of getting into its HiSuite program in order to apply software updates and manage your apps, is highly recommended to make sure you´re not already running the Android latest version. In order to do this, jut go to Settings and search for an entry called "About Phone", which will allow you take a look at the version of Android you´re currently using.

Naturally, it´s quite possible that you will need additional storage space before installing the updates you want, so the best thing is to get into Settings, and then click on Memory & Storage, Storage cleaner and then Storage manager, in which you can manually delete the old apps and data.

The Music Doesn't Stop When Answering A Call

Although this is not exactly something tragic, hearing the music while on a call is extremely annoying. It's considered as a huge problem, since hearing some music and being forced to pause it manually while on a call is so frustrating that it seems like an issue from an old and obsolete mobile device. However, considering that this is a simple problem, it has a quite simple solution.

One of the simplest solutions is to restart your Huawei Mate 9.  Another one is to check for a software update, as well as any kind of update to whatever music player you´re using on the mobile device, which isn´t something exactly great, but it could be highly effective to solve this annoying problem. Also, another solution is to only use the Huawei Mate 0´s default player, given the fact that using a different one might be the cause.

Although Samsung and Apple mobile devices have been the most popular in the past years, Chinese smartphones could beat both of these companies in short term, which will make an incredible turning point.

Although people prefer other products like laptops and desktops, Huawei´s flagship tablet could achieve success and become one of the biggest surprises this year, since the previous version met the customers' expectations.

Although there haven't been many details about the Xiaomi Mi MIX Evo, the leaks suggest that this would be an improved version of the most popular mobile device ever released by the company.