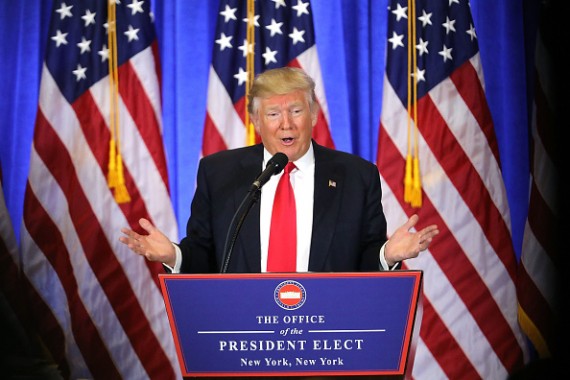 According to reports, President Donald Trump is planning to name Ajit Pai, an opponent of the open internet, as head of the Federal Communications Commission (FCC).

According to a report published by Business Insider, after outgoing boss Tom Wheeler announced his departure from the agency on Inauguration Day, Pai was widely expected to at least be named after the interim chairman. But According to Politico, Pai will be named Wheeler's official replacement. He has served since the year 2012 as a GOP commissioner at the FCC.

Since he has already been confirmed by the Senate as a commissioner in the Barack Obama's administration, Pai would be able to take the leading role within the agency immediately. The FCC and Pai did not make any comments on the matter.

Consequences Of The Change In Leadership

The appointment would align with Trump's opinion that FCC would roll back Obama-era policies, including the net-neutrality rules implemented by the 2015 Open Internet Order.

On short, those laws and regulations protect the internet as a public utility. They're meant to keep internet service providers from slowing down or blocking certain content, a policy that would force customers to pay fees to receive preferential treatment while benefiting services owned by an ISP itself.

In 2015, Pai, along with fellow Republican commissioner Michael O'Rielly, voted against the net neutrality order. He also opposed the set-top-box market reform proposed by Wheeler. Pai has maintained a strong desire to lessen the reach of the FCC as a whole and deregulate telecoms companies, a view shared with large ISPs.

According to the Government transition website, in the December speech to the conservative-leaning Free State Foundation, Pai stated his belief that the current net-neutrality law will be reversed.

Multichannel News said in a recent report that Trump's FCC transition team aims to follow along those lines by shifting some of the FCC's regulatory powers to other agencies like the Federal Trade Commission (FTC). According to Ars Technica, Wheeler said that the ability of federal oversight over large ISPs could dramatically lessen with such moves.

Pai, if named chairman, would have the opportunity to put his plans in motion as soon as possible. If he follows through on his past rhetoric, the FCC will likely take a sharp turn from its position on net neutrality and the policies implemented in the past four years.

According to Forbes, undoing the policies adopted during the Wheeler years may take some time. Most federal laws regulating the digital economy have been written long before top tech companies emerged as quasi-monopolists. Laws of general applicability have proven to be ineffectual. Existing privacy laws are also not adequate in serving their aim to held tech firms to proper account for their increasingly invasive gathering of more information about their users.

Most market analysts agree that to the need for reform. Most of them consider that the communication laws, especially those related to the behavior of digital firms and consumer privacy, are outdated. Therefore, many experts hope that the new regulations will help remake the FCC for the 21st century.

What Can We Expect From The Meeting Of Tech Executives With Elected President Trump?

FCC Head Ajit Pai announced in a speech his plans to roll back net neutrality rules.