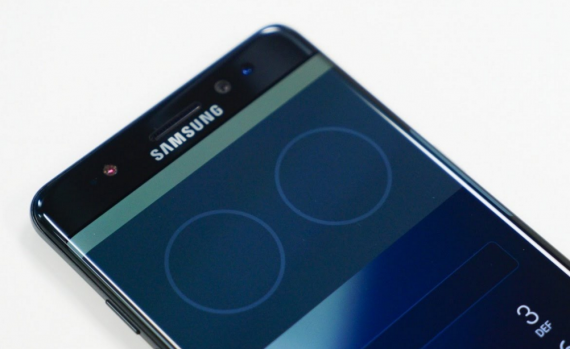 Though Samsung offers limited news on the release of the Galaxy Note 8, some rumors on its features may actually scare Apple iPhone. (Photo : ayyeb khan/YouTube Screenshot)

Many people are very interested in the release of the Samsung Galaxy Note 8. Not only that Samsung will make Note 8 be packed with features enough to give Apple a run for their money, Samsung may also make the launch of Galaxy Note 8 same with the date of Apple's iPhone 8 launch -- which is expected to be on its 10th anniversary.

According to Trusted Reviews, the release of Samsung Galaxy Note 8 should be enough to scare off Apple, specifically the rumored iPhone 8. Apple is arguably the world's leading smartphone manufacturer, however, iPhone sales have significantly been on the decline recently.

The Samsung Galaxy Note 7 was also company's first smartphone to feature the iris scanner as a biometric security and authentication option. There is a very big chance that this feature will be seen in both the Galaxy S8 and Galaxy Note 8 since consumers did not get to use it for every long on the Galaxy Note 7.

Inclusion Of The S-Pen

According to TechRadar, a patent filed by Samsung in March 2016 and unearthed by Patently Mobile, points to exactly to an S-Pen with a speaker at the top allowing sound to be played through it. When the S-Pen is slotted into the Samsung Galaxy Note 8, it could even double up as a speaker for the phone.

Samsung didn't include the expandable storage feature for the Galaxy S6 and Galaxy S6 Edge, but after consumers' protest, the company bought is quickly on the Galaxy S7 and Galaxy S7 Edge. The upcoming Samsung Galaxy Note 8 is expected to have around 6GB to 8GB of RAM memory but can be expanded maybe until 256 GB. There is no reason why Samsung would not continue to include expandable storage on its devices.

According to ValueWalk, the Samsung Galaxy Note 8 are rumored to have an additional camera that features a dual-lens setup similar to what is found on the Apple's iPhone 7 Plus. All that is known regarding this features is about the specs of the camera that will have two 20MP rear sensors.

BTS Story Universe has been released worldwide on September 26th, and it is a must-have for every Army.