Can Huawei Honor 9 (aka DUK-TL30) Beat iPhone 7 Plus' Performance? 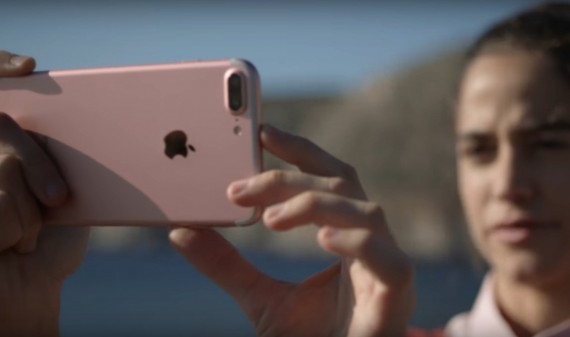 A new smartphone under Huawei's Honor line has been spotted and has just been approved by the Chinese regulatory authority TENAA. There is no official name yet for the said device except for its model name listed as Honor DUK-TL30. However, it is also called by recent reports as the Honor 9 which is the name I used in the title and will also be the name used throughout this article.

Regarding its retail or its expected price, there is no information about it yet. And one more thing, there are recent reports suggesting that it may be introduced at the MWC 2017 in Barcelona next month which in my opinion is unlikely to happen. But hey, it is what the reports say and I could be wrong.

On the other hand, the iPhone 7 Plus comes in with a sleek metal design that is closely similar to the iPhone 6 and 6s models, but not quite. There are several tiny differences from its predecessors, but I will just name a few like having no headphone jack and its Home Button nearly non-existent. It's like, it's is there but it doesn't move or clicks, but responses to finger pressure instead. It measures 158.20 x 77.90 x 7.30 mm and weighs 188 grams.

Surprisingly, both smartphones are almost similar with its body dimensions and weight. But if I were to choose between the two based on the information above, I will probably go with the Honor 9, because I feel more comfortable with a Fingerprint Scanner located at the back.

As for the iPhone 7 Plus, it features a 5.5-inch LED-backlit IPS LCD capacitive touchscreen with a screen resolution of 1080 x 1920. Regarding its screen quality, AMOLED displays are more superior when it comes to screen performance. However, the iPhone 7 Plus also has one of the best screens in the market in terms of IPS displays.

The iPhone 8 has great screen specifications - no doubt about that. But I personally have a thing with smartphones that features larger screens. The Honor 9 will be my choice for this round.

The Honor 9 is said to run on Android 7.0 Nougat and will be packed with a 2.4 GHz octa-core processor. With that being said, other reports also suggest that this could possible the Kirin 960 chipset. But without any official confirmation from its company, it could be something else.

Supposing that the Honor 9 really is powered by a 2.4 GHz octa-processor, then the Honor 8 will be my choice. But then again, there are other factors to consider like its GPU and how user-friendly is its software features.

Just like most high-end Chinese smartphones, the Honor 9 features 6 GB of RAM partnered with 128 GB of internal memory storage. There is no information if it will have an expandability memory option.

For a 3 GB RAM against a 6 GB RAM, it is clear that the Honor 9 is superior. However, there is a question that is asked by many tech enthusiasts, "If a smartphone has 6 GB of RAM, can it really reach it?" I have seen many video reviews about smartphones featuring 6 GB RAM, but not once have the reviewer was able to reach 6 GB. Mostly was just 3 GB at best.

According to the source, the Honor 9 features rear camera set-up with 12 MP and 2 MP sensors, while its front camera offers a 8 MP front-facing camera. For its video recording, there is no information regarding it.

As for the iPhone 7 Plus, it features a dual-rear camera and a 7 MP front camera. It is capable of shooting in 4k. About its camera performance, the iPhone 7 Plus has one of the best smartphone camera modules for 2016 smartphones. Day shots are simply amazing, while low light shots are also amazing, but falls a little behind the Google Pixel. However, despite little factor, it still is amazing nonetheless.

For this part, it's hard to judge. I'm not really sure as to what a 12 MP and 2 MP rear camera can do. Is it similar to the iPhone 7 Plus' camera set-up or to the HTC U Ultra?

The Honor 9 will be powered by a 3,900 battery. The iPhone 7 Plus is powered by a 2,900 mAh battery. For the battery performance, the iPhone 7 Plus has excellent battery life. Stand-by time could reach 384 hours (3G), talk time is 21 hours (3G), and music play is 60 hours. For a battery capacity of 3,900 mAh, I think the Honor 9 could possibly give users an excellent battery life.

Based on the information listed, the Honor 9 has potential to be a smartphone more powerful than the iPhone 7 Plus. However, that is only on paper and based on the leaked specs, because we still have to see how it will perform in real-world usage.

What makes the Honor 9 potentially great is the fact that it features a 2.4 GHz octa-core processor, 6 GB of RAM, a 12 MP and 2 MP rear camera, and a 3,900 mAh battery. Based on these things, the Honor 9 could be a smartphone worth buying.

Huawei Is Offering Its U.K. Fans A Chance To Get The Honor 6X For Free

Huawei is giving a chance to its U.K. resident fans to win the Honor 6X until January 26, 2017. To join, contestants must go through the Honor's website and register their information.

The Elephone S7, Umi Z, Xiaomi Mi 5, LeEco Le Max 2, and the Lenovo Zuk Z2 are considered to be the top 5 fastest Chinese smartphones available in the tech market right now under a $250 price tag.