Why Xiaomi Is Skipping The Mobile World Congress 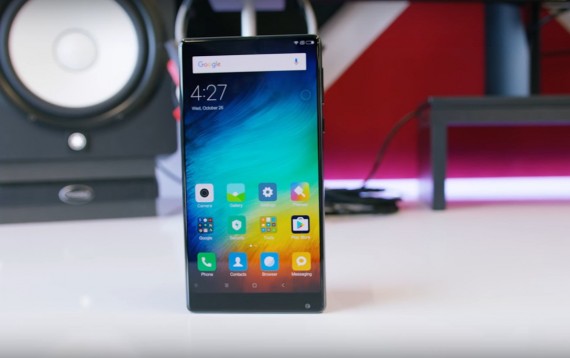 The Xiaomi Mi Mix features a 6.4-inch IPS LCD capacitive touchscreen with a screen resolution of 1080 x 2040 pixels. It runs on Android 6.0 Marshmallow and is powered by a Snapdragon 821 chipset. (Photo : Marques Brownlee/YouTube)

Xiaomi won't be attending the Mobile World Congress. This means that Samsung won't be the only major phone-making tech company skipping this event.

According to TechCrunch, a spokesperson confirmed it to them. This moved by Xiaomi is totally unexpected, because not only it is widely assumed that the Chinese tech company will attend, but the Mobile World Congress event itself has a reputation for being a place where tech companies show off the latest developments in mobile. And considering the rapid success that Xiaomi is having, tech enthusiasts are left with a big question mark on their heads as to why Xiaomi would miss such an important event.

Speaking about Xiaomi's unexpected announcement, there are 2 rumors suggesting as to why Xiaomi will not attend the Mobile World Congress event. Please take note that this is based on theories and could possibly be false.

The first speculation is that the reason as to why Xiaomi is skipping the event is because of Hugo Barra's departure from the company just this week after working for the company since 2013. According to reports, his reason for living was based on the grounds of health issues and homesickness, but then later joined Facebook to work on the virtual reality technology.

Now, if you read along the lines as to what this first rumor suggests, you start to get the idea what it's trying to say and people could interpret it differently. Me personally, I don't what to say because it is full things that are hard to tell and there could be more to that than what is revealed to the public. What I'm trying to say is that only the people involved can tell what is really happening.

The second speculation is that Xiaomi has no new devices to launch at the Mobile World Congress which totally debunks the possibility that the rumored Xiaomi Mi 6 will be introduced next month. And about the Xiaomi Mi 6, there are already some reported specs and features of it, but it's only bits and pieces. Meaning, it is so jumbled up that in a way that it is quite confusing.

But for the Xiaomi fans, I will try to break down the information about the Xiaomi Mi 6 specs and features which I can understand. Also, I want to remind you that there are said to be 3 variants, so it could be messy.

The internal memory of this device is 64 GB with 4 GB of RAM. The camera at the back is a 12 MP shooter and at the front is a 4 MP shooter.

According to reports, this is said to be the premium model. It is expected to cost around Rs 29,600 ($434) and will have a dual-curved OLED panel with a 2k display. Just like the second variant, this will run on Android 7.1.1 Nougat and feature a Snapdragon 835 chipset.

Internal memory for this device is 256 GB with a 6 GB RAM storage. For its camera, it is also reported to have the same 4 MP selfie camera, but not the rear camera. According to sources, it will be a dual-rear camera.

A speed test review was conducted by a YouTube channel the goes by the name NS Review. On the review, he compared which between the Xiaomi Redmi Note 4 and Samsung Galaxy J7 Prime was faster.

The Elephone S7, Umi Z, Xiaomi Mi 5, LeEco Le Max 2, and the Lenovo Zuk Z2 are considered to be the top 5 fastest Chinese smartphones available in the tech market right now under a $250 price tag.