Trump Wages War On Science: How Twitter Is Fighting Back 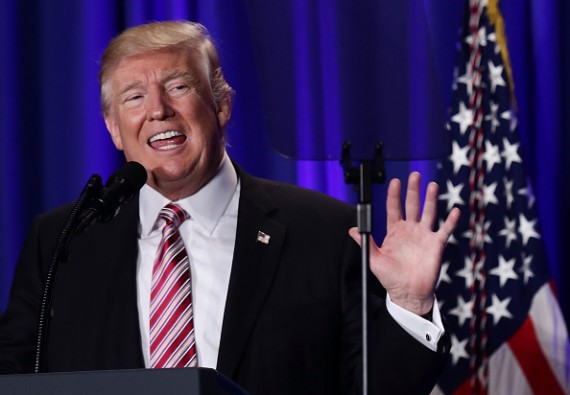 The administration of newly-elected President Donald Trump is suppressing the online voice of various government agencies. But while official accounts may have been silenced, rogue parties are stepping up to fill in the information gap. (Photo : Alex Wong/Getty Images)

Donald Trump, the 45th President Of The United States, has been the star of various headlines for his untraditional - or too traditional - way of handling things. He has been criticized by women's groups, by the media, by the citizens that he himself presides. But a new group that has just been added to this are American scientists, who Trump has tried to silence.

As Mashable states, Trump has tried to silence the social media accounts of various parties in the science industry, such as the US Department of Agriculture (USDA) and the Environmental Protection Agency (EPA). For a while, his efforts worked and several accounts were quieted. However, it looks as if rogue parties are acting out on behalf of these stifled agencies.

Several new accounts have taken the Twitter-verse by storm - accounts on the sciences, education, security communities and a few others. These new accounts have identified themselves as resistance teams. More importantly, however, is that these parties have started to band together in order to fight for the right to share factual and unbiased information.

It is unclear at this point who in particular are running the different groups and if they are in fact affiliated with the agencies they defend. Moreover, it is unknown whether or not a small or large group is staging the defiance. Nevertheless, internationally known groups already have rogue accounts. The list includes NASA, the Federal Drug Administration (FDA), the National Institutes Of Health (NIH), EPA and the US National Weather Service.

The driving force between the actions is really the belief that every individual has the right to correct information. The administrator of the rogue National Park Service Twitter account (@AltNatParkService) explained the same. "Can't wait for President Trump to call us FAKE NEWS," the post read, as Reuters reports. "You can take our official twitter, but you'll never take our free time!"

On the side of @RogueNASA, the account's description was clear and straight to the point. "The unofficial 'Resistance' team of NASA. Not an official NASA account," it out on the record. However, it also invited the public to follow the account in order to catch up on science and climate news. "REAL NEWS, REAL FACTS," it claimed.

The reason for President Trump's wishes are unofficial, but the events leading up to the ruling leave little to the imagination. Last week, Interior Department staff were made to stop posting on Twitter after an employee re-tweeted a post about the businessman-turned-politician. The post was about the relatively low attendance of Trump's swearing-in. It also disclosed how certain information - about climate change and civil rights - were removed from the official White House website.

Members of the public have since noticed that Twitter posts regarding such issues have since been deleted soon after they are posted. What is more chilling, however, is that employees at the EPA and the departments of Agriculture, Interior and Health and Human Resources have confirmed the orders to be silent. Notices from the new administration, which required the complete removal of web pages or the limiting of information sharing, were seen in the various offices.

The restrictions have started to raise public concern regarding the future policies of President Trump, as well as his evident want to suppress the spread of information. But the rogue accounts have more than just new Twitter accounts in their plans. It March for Science is currently being planned.

While becoming president definitely has its perks, one rather annoying setback is that Donald Trump must use a Secret Service issues smartphone that does not have the features that modern technology can boast about.

Gabe Newell was born on November 3, 1962, and is the co-founder and president of Valve Corporation. This year he overtook some of the world’s most recognizable names in Forbes’ Richest 400 List.