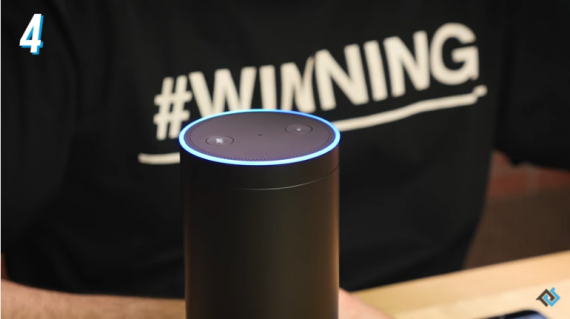 When the Amazon Echo was first released, it took the market by storm. For months, the device was constantly sold out online. But while the smart speaker was a good device on its own, what really set it apart and made it a success was Alexa, Amazon's built-in virtual assistant. With thousands of skills - or commands - mastered, she has been virtually unmatched.

That does not mean, however, that companies have been too afraid to compete with the Amazon Echo and Alexa. Just last year, Google released Google Home, the search engine giant's bet against the earlier smart speaker. And while several publications wondered if the Google Home could match the Echo, it just has not gotten to that point.

The two years that the Echo spent alone in the market definitely did it some good. Among its competitors, Amazon has set up the highest number of third-party partners, thereby making sure that Alexa can do more than its counterparts. And in the smart speaker industry, this detail is almost enough to declare a winner.

But in order to keep this head start, Amazon continues to add skills to Alexa and the next one might be an unexpected one. For some time now, the device and its AI has been able to control smart appliances for simple requests as turning on and off. But according to Fox News, the virtual assistant might soon replace the need for a keyboard as well.

"The mass adoption [of Amazon's Alexa devices] may lead to the decline of the keyboard," the publication quotes Slice Intelligence analyst Ken Cessar. "[The Echo], give its easy of use and low price point could establish itself as the hub of the smartphone." He then went on to make an example of the Echo in a standard family kitchen.

Because the kitchen is a place where hands are usually tied, it makes it easier for family members to shout out commands or questions, which Alexa will then answer. So - in a way - physical cookbooks were replaced by online recipes and these may now be replaced by virtual assistance. Theoretically, a physical keyboard may one day be nothing more than a novelty item.

But other than just giving out answers and lists, WhatHiFi adds that Alexa has the potential to be in control of many other things. While the Echo can already control things such as light bulbs, it might have the ability to control much larger smart appliances, such as smart TVs. The publication reasons that it might one day be possible to control televisions sets via voice control.

A more realistic project at this point is bringing Alexa to the vehicles. Amazon has already begun a partnership with Ford in order to do just that. Beginning this month, owners of the Focus Electric, Fusion Energi and C-MAX Energi units can start their engines, as well as lock and unlock their vehicles through Alexa. Volkswagen is also reportedly thinking of implementing the same features.

The technology of Alexa is still relatively new and yet it has already paved the way for so much more. At this rate, the virtual assistant could be implemented into almost anything. Reading recipes, giving definitions and making a schedule is only the start of something that could be much bigger.

Lenovo has always focused more on hardware and has therefore relied on software specialists instead. As Amazon is arguably the leader in smart home management, Alexa is the residing AI in the new Lenovo Smart Assistant.

Alexa Can Track Down Digital Tracks, Amazon Echo To Help In Murder Investigations

The Amazon Echo is great for a lot of things, especially when it comes to controlling a smart home. However, police authorities have found one more use for it - though Alexa might be the most difficult witness to crack.

Amazon Echo With TouchScreen Was Leaked And It's So Yesterday

A couple of leaks show what could be the rumored Amazon Echo with a built-in touchscreen and it looks like an old TV set from the 90s.