Smartwatch Industry Isn't Going Anywhere, Shipments Up By 1% In 2016 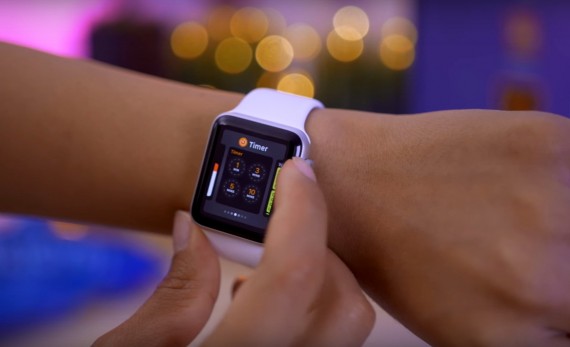 Strategy Analytics published a report regarding the global shipping of smartwatches for 2016 and concluded that there is still a chance for this technology to recover. (Photo : Krystal Key/YouTube)

According to a report published by Strategy Analytics detailing the shipments of smartwatches from 2015 to 2016, the smartwatch industry is not going anywhere. In fact, it is increasing - well, by a mere one percent.

He then mentioned that the increase was due to the new product launches from Apple and coupled with a stronger seasonal demand in major developed markets such as U.S. and the U.K. The total shipments on all the Global smartwatch every year was 20.8 million units in 2015 and 21.1 million units in 2016, thus making an annual growth of one percent.

In Apple's case, the demand for the new Watch Series 2 as a holiday season gift in Western countries was surprisingly strong that it enabled Apple to clear a large amount of backlog of smartwatch inventory during that quarter.

As for Samsung, Steven Waltzer, the Industry Analyst at Strategy Analytics, said that they estimated Samsung has shipped around 0.8 million smartwatches worldwide in the fourth quarter of 2016, dipping 38 percent annually from the 1.3 million units that were sold from the previous year. During that time, Samsung introduced the Gear S3 model, which was relatively late in the quarter and let it to have a negative impact on its overall smartwatch performance.

Thank You, Apple And Samsung, But We Demand More

Raskind finally added that the smartwatch industry is showing tentative signs of recovery, but that doe not mean it is heading towards a full-recovery or a sure success in the future to come. Currently, there are still several barriers and aspects of the smartwatch tech that needs growth and must be addressed.

In his statement, Samsung must consider making a much more exciting smartwatch or can choose to make it cheaper. As for Apple's case, they must engage closer with mobile operators to stock or subsidize its popular Watch portfolio. And for the component makers, they need to develop more accurate sensors for health and fitness tracking that consumers will trust and use more.

I can certainly agree with what Cliff Raskind said about what Samsung has to do with its smartwatch, specifically with the price. Call me cheap, but I don't want to be jogging with a $270 smartwatch on my wrist. The thing is, I jog off-road alone and I usually end up going to places with less people and more trees. Now, I'm not saying that the people in my town are thieves or bad people, but you just can't be too careful nowadays. Better to be safe than sorry, right?

Will Smartwatches Fade Into Nonexistence Within The Next Few Years?

The smartwatch revolution never really happened. Will it be over for smart wearable devices soon?

Apple Watch Nike+ Roundup: Everything You Need To Know About The Wearable Device

Here's everything you need to know about the Apple Watch Nike+ Edition.

The OnePlus 8 together with its bigger brother, the OnePlus 8 Pro, was launched at the same time. But pricing can become confusing since the device is priced $70 more than the OnePlus 6T from a year and a half ago.

The OnePlus 8 together with its bigger brother, the OnePlus 8 Pro, was launched at the same time. But pricing can become confusing since the device is priced $70 more than the OnePlus 6T from a year and a half ago.

FIFA 21 Ratings: Who Are the Top 5 Best Players?

FIFA 21 ratings are on the horizon. That said, soccer fans all around the globe are more than ready to celebrate EA's annual game.

Tips For Getting Along With A Print Management Company

In any business, whether small or large, whether domestic or international, printing constitutes a significant part to establish your value in the marketing of the business. It is not only the way to establish a customer base but also works on increasing the popularity of your product among the masses.