Google Now Launcher To Be Discontinued This Month 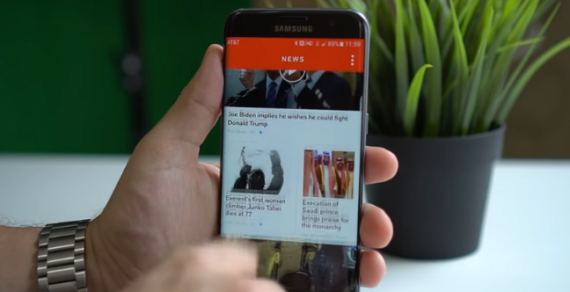 Google is warning its business partners that it will discontinue its Google Now Launcher, its time in the Play Store running out by the end of this month.

Google Now Launcher To Be Discontinued

The Google Now Launcher opened long ago access to Google smart system of cards that allow smartphones owners to experience what it's like to use stock Android. An email forwarded to Android Police gives a detailed view of Google's future plans for the launcher. Unfortunately, the time of the app is running out.

According to Green Bot, starting sometime this quarter, most likely by the end of the current month, users would not find the Google Now Launcher anymore in the Play Store. However, while new users won't be able to download the application, Google notes that, by updating the Google Search app, it will continue to support existing users. Without the prime placement to the left of the home screen, the Google Search is offering similar information and customization, being essentially a standalone Google Now app.

Only a few mobile devices used the Google Now Launcher previously out of the box. These devices, as well as any others, approved before the March cutoff date can continue shipping with it, according to Google. However, Android users who use the Google Now Launcher in order to experience some of the stock Android on their phones will mostly be affected by this change.

The Now launcher is very popular among Android users, even if it was never quite the same as buying a Nexus. It is estimated that there have been over 50 million downloads and the app got a solid 4.3-star rating. But now, when Google has presented a clear plan for smartphone maker companies who rely on the Google Now Launcher, it's not so clear what are the high-tech giant's intentions for regular users.

Tech experts estimate that Google's decision will mostly affect users who just installed Google Now Launcher on their devices from the store. Users can choose to keep using the application, but they cannot expect any further major improvements. Even if it's unlikely that the application will stop working, aside from the promise of updates to the Google app, it won't be any other updates going forward.

At best, in the near future, the support for Google Now Launcher will be spotty. However, aside from providing the Google Now Launcher app in the Play Store, Google currently also has the Pixel Launcher. Since soon there will only be one app left, it is also speculated that Google will open the Pixel Launcher to all phones. But this is less likely because it's hard to believe that the company would take away one of the main reasons to buy its flagship Android phone.

Google Launches Chrome 56 For Android With Fixes And New Features

Google rolls out its new Chrome 56 for Android that comes with performance improvements, several fixes and new features.

Google Could Launch Cheap Android One Phone In The US

Rumors suggest that Google will soon launch its cheap Android One in the United States market.