5 Reasons Why Apple iPhone 8 Is Worth The Wait 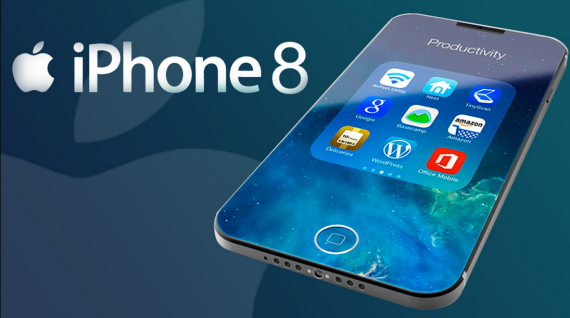 Apple is falling behind its Chinese competitors in the Chinese Market. (Photo : You Tech/YouTube)

The next generation smartphone of Apple, a device that many has already named as the iPhone 8, will soon become the most hotly awaited and anticipated iPhone since the original launched back in 2007. According to credible sources, Apple iPhone 8 will feature some cool features including OLED screen, edge-to-edge display, no home button, and wireless charging. Apple analyst Ming-Chi Kuo believes that the iPhone 8 is going to be Apple’s top selling model.

Apple iPhone 8 Is Worth The Wait

According to LearnBonds, Apple has been losing its portion in the smartphone industry as well as in the operating system market due to Android-powered phones. It says to be facing a growing competition from other tech giants such as Samsung, Huawei, Lenovo and Xiaomi. So, to make a great comeback in sales, Apple will release an iPhone 8 that will be worth the wait of all the fans.

The latest Apple iPhone 8 concept comes via a new video from YouTube channel ConceptsiPhone. The video shows a legit Apple ad and cleverly shows people why an iPhone with a truly edgeless display is so compelling. It is believed that Apple will unveil three new models of iPhone this September and one of which will be a premium OLED-based smartphone, that is the Apple iPhone 8.

Apple iPhone 8 is set to release with better camera quality, according to Kuo. He believes that the dual-lens camera seen on iPhone 7 Plus will also be a feature exclusively to all high-end iPhone models this year. Kuo also believes that Apple will add optical image stabilization for all filters and both the wide-angle and telephoto lenses. The company might also add a 3D camera to the iPhone 8.

According to Express, Apple is expected to drop the Home Button in favor of hiding the fingerprint sensor technology underneath the glass display. Last year, before unveiling the iPhone 7 and 7 Plus, it also rumored that the 2016 flagship smartphones of Apple will lack in the home button. But comes the two iPhones, both have the iconic home button but with plus feature.

Apple's CEO Tim Cook said to everyone that we should not expect too much from the iPhone 7 because iPhone 8 will surely create a real revolution. He also said that they are already planning and building it to revolutionize the true future of smartphones. It is expected to be unveiled in the fourth quarter of this year or early months of 2018.

Samsung's executive team has already confirmed that the Galaxy S8 will not launch at MWC 2017 instead the company will release two different Galaxy S8 phones during the first half of the year.

Apple Is Preparing For The Launch Of iPhone X, Not iPhone 8

Apple will launch a new iPhone which will be named as "iPhone X" and not "iPhone 8." Rumors claim that Apple iPhone X may turn out to be different than what it is expected to be.

Apple iOS 10.3 has a secret floating keyboard for all iPads. As of today, at least two hidden keyboards have been identified, thanks to Steve Troughton-Smith, who dutifully announced the interesting discovery via Twitter.