What Is Net Neutrality And Why is FCC's Ajit Pai Against It? 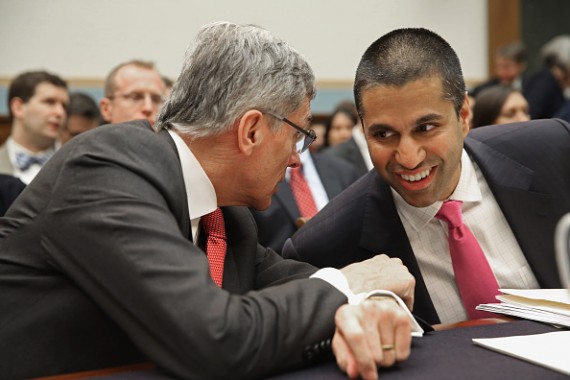 Earlier this year, newly elected President Donald Trump appointed Ajit Pai as the chairman of the Federal Communications Commission. In his first few days in the office, he has already announced his plans to roll back some regulations that were put in place during former president Barack Obama's administration. One particularly hot topic at this point is net neutrality.

Net neutrality was put into practice in order to ensure that individuals would have equal access to content on the internet. It was speculated that the larger companies in the market would be opposed to the same, but they did have support in the FCC. At that point, however, Pai was overruled by a majority vote.

As such, Forbes notes that Pai's appointment has been good news for the Silicon Valley tech companies, as well as anyone within the Internet ecosystem. The 44-year-old executive has made it no secret that he prefers a return to the bi-partisan policies of lighter touch regulation. In other words, the system will return to its earlier days that, as the publication notes, made it possible to merge networks, media and technologies in one open Internet standard.

From how things look at this point, the FCC will return to a predictable, albeit professional and consistent, federation. Most publications have turned this piece of news into something negative, as they have tended to focus on the controversial ruling from 2015, which turned Internet access providers into public utilities. But there is another, relatively more reasonable side.

The publication continues to note that, in reality, Pai has always supported the basic understanding of net neutrality. That is, that ISPs should not have the option to block certain legal websites, intentionally slow down one's traffic to benefit another and misrepresent network practices. Simply put, Pai is against any and all action that is anti-competitive, as defined by American law.

In 2014, Pai released a statement just as the FCC was discussing how to best go about net neutrality. "In 2004, then-FCC Chairman Michael Powell outlined four principles of Internet freedom: The freedom to access lawful content, the freedom to use applications, the freedom to attach personal devices to the network, and the freedom to obtain service plan information," he said. "I support the four Internet freedoms, and I am committed to protecting them going forward."

The publication continues to note that what Pai is against, is how the process has been in implementing net neutrality, which includes a White House intervention. His priority is not to directly abolish net neutrality but is to instead address the problems from FCC's process and level of authority. In particular, about how courts got rules enacted in favor of a public utility reclassification.

The argument against this, however, is that the abolishment of these regulations will be for the benefit of large companies instead of the common individual. As The New York Times noted, it has been made clear that Pai's FCC will mirror the Trump administration in its unwinding of various regulations that business fought against during Obama's presidency. "The public wants an FCC that helps people," said Matt Wood, policy director of Free Press. "Instead, it got one that does favors for the powerful corporations that its chairman used to work for."

The Federal Communications Commission has advised as much as nine companies that they can no longer provide broadband usage services under a federal assistance program, requiring households to pay more for internet services.

Newly appointed FCC Chairman, Ajit Pai, is under a lot of pressure to deliver results. On his agenda is 4K broadcasting, but the executive wants to move forward with an air of transparency as well.