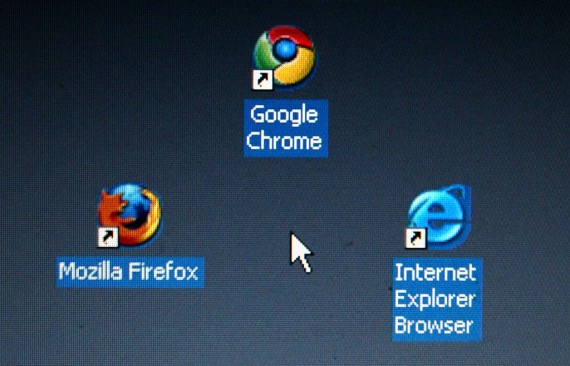 Virtual is officially bringing virtual reality to the web, thanks to Google's Chrome browser support for WebVR.

According to Tech Crunch, up until now, using virtual reality (VR) on a smartphone has been a pretty complicated matter. The user needs to slot the smartphone into a headset, then launch apps and experiences within the headset after navigating the internal menus and home screens. But now, this is going to change, as Google is by bringing WebVR to Chrome with the aim of making it easier to discover VR content spontaneously.

Previously, Chrome did not offer mobile browser support for WebVR. The browser couldn't gather any data regarding the phone's input controller, orientation, and position. By having access to all this data, Chrome has now the ability to offer pretty rich experiences.

Google offered support for the WebVR API to a beta version of Chrome in December, but now the update is going wide. Users can tap on a WebVR experience after navigating to a particular web page. They have the option of navigating it with a mouse on a desktop or with their finger on touchscreens or connecting the smartphone to their Daydream View in order to have access to a more immersive experience.

WebVR allows content creators and companies to create VR experiences without the need to host them in a native VR app. This update to Chrome supports enabling full experiences with the Daydream headset and controller and allows websites to host 360-degree videos. Among the early partners joining Google's WebVR for Chrome initiative are included PlayCanvas, Matterport, and SketchFab.

WebVR has been developed by Google along with Mozilla, the maker of Firefox web browser, Facebook's Oculus team, as well as other partners. Microsoft is also reportedly working to provide WebVR support for its HoloLens eyewear and Edge browser. Among makers of VR headsets such as Samsung's Gear VR and HTC's Vive, support is still spotty.

Mozilla has already enabled WebVR, but only in its developer versions of Firefox aimed at the adventurous and web programmers. However, it is expected that this summer mainstream version of its browser will also add WebVR. This will include support for HTC Vive and Oculus Rift.

For the moment, this expansion is limited to people viewing the VR content on their desktop or phone without using a headset, as well as to users of Google's Daydream headsets. Google plans to add support for their Cardboard platform and other headsets soon. iPhone users are not included here, given that this only works for Daydream.

Instead of having to create a separate version for each device, in principle, WebVR could make it easier for developers to create a single VR experience working across many different VR headsets. The application can be seen as an extension of how a single website can span user's iPad tablet, Android phone or laptop. The technology called WebVR allows programmers to create more interactive websites that present various computer-generated 3D worlds.

Google Launches Chrome 56 For Android With Fixes And New Features

Google rolls out its new Chrome 56 for Android that comes with performance improvements, several fixes and new features.

The year 2016 was a great one for the market of VR gadgets.

According to a new report, Google is still working to develop a standalone, eye-tracking VR device.