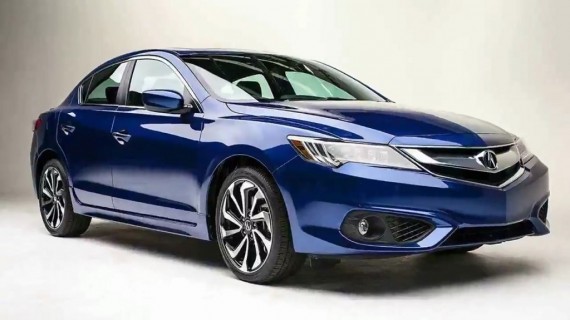 Here's why the 2017 Acura ILX is a small luxury car worth buying. (Photo : SUPER CAR/YouTube)

The 2017 Acura ILX is among the good vehicles in the market but is just quite underrated. As a result, many people would not even consider buying it because they don't know much about it. Here are a few things you should know about the 2017 Acura ILX along with the reasons why you should bring one home with you.

Civic's little brother, the 2017 Acura ILX does not offer many options for its powertrain but the automaker has improved the engine for the 2017 model as compared to the outgoing 2.0-liter engine of the Acura ILX. According to Autoweek, the 2017 Acura ILX is equipped with a 2.4-liter four-cylinder engine that delivers 201 horsepower and 180 pound-feet of torque. This is paired with an eight-speed dual-clutch automatic transmission that transfers the power through a front wheel drive (FWD) drivetrain. Bear in mind that this is not the Type R Civic, so don't expect it to be as exciting.

One of the great things you will find in the 2017 Acura ILX is that it can provide you a great driving experience if you travel around areas with a lot of twisty roads. You can thank the direct steering and precise handling of the 2017 Acura for this. However, there is a bit of a drawback if you have a lot of bumpy roads to drive on. Apparently, the suspension system of the 2017 Acura ILX does not match its precise handling. This means that potholes and bumpy roads will make you uncomfortable as the ride will become shaky.

The 2018 Ford Expedition's powertrain specs were unexpectedly leaked through a Canadian consumer website.

Here's what you should know if you are torn between the 2017 Subaru Outback and the 2017 Volkswagen Golf Alltrack.

The 2017 Ford Fusion brings back excitement as the fastest in the midsize sedan segment.

Last week, Honda has finally uncovered its highly anticipated 2017 Civic Type R. Dubbed as "all-new" for 2017, experts said that this tenth-generation vehicle is exactly unrecognizable as compared to its previous incarnation, having a longer, lower and wider stance, as well as a much more premium feel.

Here's Why Tesla's Model S Can Cause The Company's Downfall

Starting next month, buyers will no longer be able to purchase a Tesla Model S with a 60-kilowatt-hour battery pack, making the 75 and all-wheel-drive 75D the new entry-level. This move is said to also simplify the range ahead of Model 3's arrival ahead of its production.