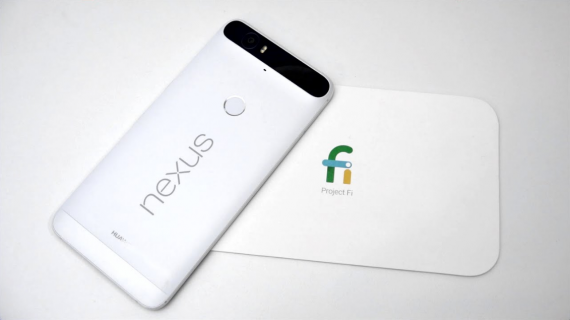 Google did not announce a time frame as to when VoLTE would roll out to all Project Fi users but said it would update as the testing progresses. (Photo : zollotech/YouTube)

Project Fi, Google’s wireless service, has rolled out its Voice over LTE service as a subset of its users. Google confirmed the good news this week by posting an announcement in their product forums. Now, users are fortunate enough to be one of the testers since their signal indicator will continue to display LTE when they’re either making or receiving a call, instead of falling to HSPA.

What Is Google’s Project Fi?

Project Fi is Google's very own cellular carrier offering. It was launched in the year 2015 and is exclusive to all Google's smartphones. Google's very own Project Fi is a mobile virtual network operator (MVNO), which partners the company with network firms such as T-Mobile, Sprint and U.S. Cellular. Because Google doesn’t rely on just one network, it makes the company have different services other than MVNO's.

It is very different from the traditional carrier in many ways. First, Project Fi works by combining access to the networks of T-Mobile, Sprint and U.S. Cellulars, using a SIM card that can actively switch between the three firms even without any user intervention. Google Project Fi also leans on Wi-Fi whenever possible, and lets users to both call and text when connected to a stable Wi-Fi network. Special software on the Google's phone also automatically connects the handset to Wi-Fi networks to help limit the mobile data usage. It also routes your traffic over a Google VPN for safety and connection security.

As reported by TechCrunch, Google’s Project Fi starts testing Voice over LTE support. Google also confirmed that the test had been started for few weeks, as some Project Fi customers had noticed the changes. According to the announcement of the Project Fi community manager, Voice over LTE (VoLTE) has a plenty of advantages. These include the higher quality calls that don’t sum up toward your data allocation, a faster data browsing even on a call and an express call setup.

Project Fi is limited only to Google's smartphones. These devices are the Google Pixel and Pixel XL, Nexus 6p and Nexus 5X. Also, the VoLTE support for Project Fi is also restricted to T-Mobile's network, because it is the current and only one partner network to completely support VoLTE. Google hasn't set a solid schedule for when the VoLTE will roll out to all Project Fi users. Google assure that testing experience will continue and we'll hear updates from it soon.

In addition to the good news, VoLTE is also one of the several extensions to Goole's Project Fi since its launch. This service has also added features such as the group plans that can be used with your circle of friends and a high-speed data while traveling abroad. If you wish to avail this plan, $20 per month for unlimited calls and texts is applied, and $10 for every GB of mobile data you’d like per month, according to TechSpot.

Microsoft Xbox Scorpio will feature ‘Motion Design Language’ as well as a faster dashboard, Beam integration, an all-new Home screen and the removal of Snap mode to become the most powerful console ever.

Instead of posting a status message in a text format to your profile, the new WhatsApp feature lets users share photos and videos in a collage format for up to 24 hours before they disappear.

Next month, Apple will unveil its new red iPhone 7 variant and a 10.5-inch iPad. Aside from that, Apple might also announce a small but significant update for a 128GB iPhone SE.