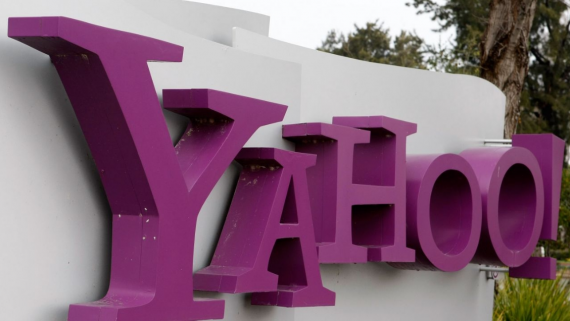 A recent meeting between technical staff of the two companies revealed that some of Yahoo's systems were compromised and might be difficult to integrate with Verizon's AOL unit. (Photo : Newsy/YouTube)

On Tuesday, Verizon Communications Inc said that it would buy Yahoo Inc's core business for a total of $4.48 billion, lowering the original deal by $350 million. This agreement, which was originally announced in July, had been postponed as the companies assessed the fallout from 2 data breaches. The ruptures include one in 2013 and another in 2014,

July last year, Verizon Wireless agreed to pay $4.8 billion to Yahoo's Internet core business. These networks include the Yahoo Mail, Flickr, Tumblr as well as the Web properties such as the Yahoo Finance and Yahoo Sports. While in the wake of the announcement of the deal, Yahoo revealed that the company had suffered from 2 massive data breaches. These holes are considered to be the biggest reported data breach ever in the history.

According to FoxBusiness, in late January, almost two months after Yahoo had disclosed its second breach, Lowell McAdam, Verizon's Chief Executive, sat with 2 of his top officers in the company's Basking Ridge, N.J., offices and contemplated his options.  This happened after a long time of studying and considering the impact of the breaches. After potentially pushing the agreement's closure to the second half of the year or just close the deal now and move on, McAdam realized that there are still some things about Yahoo that Verizon didn't know.

The engagement of the users with Yahoo had only decreased slightly after the second breach, which was disclosed in December, but the password resets were still under way. That means more defections could occur in the later time. A recent meeting between the technical staff of the both companies revealed that some of the systems of Yahoo were compromised and might be challenging to integrate with Verizon's AOL unit.

Still, McAdam felt that owning Yahoo made sense and the notable delay would prevent Verizon from getting going on its plans to take on Alphabet Inc.'s Google and Facebook Inc. in digital advertising. The company is looking for sources of growth as its main cellphone business grows and faces tough competition from rivals. With that, McAdam decided to proceed with the deal only if Verizon would need a discount considering the uncertainty.

McAdam and Thomas McInerney, director of Yahoo, who agreed to the idea, met in New York and crafted the outlines of the deal that the 2 companies could announce on Tuesday. In addition to a 50-50 split of future liabilities, Yahoo would knock a total of $350 million of the original amount of $4.83 billion. It took about two weeks to discuss everything but Yahoo shareholders still must vote to finally confirm the transaction, which the firms hope will close in mid-April of this year.

According to USA Today, Verizon aims to increase and improve its own mobile as well as its online video efforts with Yahoo's advertising platforms. They believe that using these programs will grow its audiences through Yahoo's 1 billion monthly users. "We have always believed this acquisition makes strategic sense," said Marni Walden, Verizon's executive vice president and president of product innovation and new businesses.

LG and Verizon have partnered to come up with the LG Exalt LTE, a flip phone that's exclusive to the carrier.