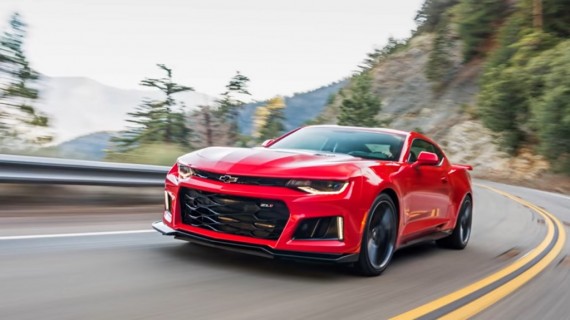 The 2017 Chevrolet Camaro ZL1 proves itself to be the fastest Camaro ever. (Photo : Roadshow/YouTube)

Chevrolet was certainly not kidding when it claimed that the 2017 Camaro ZL1 is going to be the fastest Camaro to grace the pavements ever. The 2017 Chevrolet Camaro ZL1 is simply nothing short of a mean accelerating machine that can hit an amazing speed of 202.3 miles per hour. If you ever find yourself behind the wheel of this beast, you better be ready for the most exciting ride of your life.

The 2017 Chevrolet Camaro ZL1 is most certainly one car that is difficult to resist. The price however, tells a different story. Reports state that the 2017 Chevrolet Camaro ZL1 with six-speed manual transmission has a starting price of $63,435, which includes the gas-guzzler tax and destination fee of $1,300 and $995 respectively. If you prefer to go for the one with 10-speed automatic transmission, you might have to shell out a bit more as it carries a price tag of $65,830, which includes $2,100 destination fee and gas-guzzler tax.

2018 GMC Terrain: A Diesel-Powered Engine Is Coming Our Way Soon

It has already been confirmed that a diesel-powered 2018 GMC Terrain will come for us soon.

2018 Ford Mustang: The Good, The Bad And The Gorgeous

If you are planning to get yourself a 2018 Ford Mustang, here are a few pros and cons you should know about.

The 2019 model of Chevrolet Silverado has recently been caught doing some road tests and it has an Ford F-150 appearance.