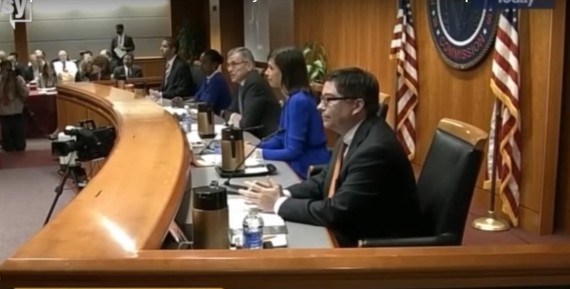 The new chairman of the U.S. Federal Communications Commission is considering removing the ISP privacy rules that the agency just passed in October. This means that the customer permission won't be required anymore before broadband providers share their data.

According to Computerworld, before parts of the rules take effect next Thursday, FCC Chairman Ajit Pai will instruct FCC staff to delay part of the rules pending a commission vote or will directly ask for a full commission vote on the rule. The internet privacy protection rules have been passed when the FCC had a Democratic majority.

According to the rules, broadband providers need to receive opt-in customer permission in order to share sensitive personal information with third parties, including Social Security numbers, financial details, health information, geolocation and web-browsing history. Unless the Congress or FCC eliminates it before then, the opt-in rule is supposed to take effect Dec. 4, 2017.

At the present time, FCC privacy rules already apply to telephone service. However, in addition to phone service, Wheeler's privacy order also applied them to fixed and mobile broadband service for the first time. According to the data security rule, telecommunications providers must protect customer proprietary information from unauthorized access, disclosure or use.

Chairman Pai believes that a comprehensive and uniform regulatory framework is the best way to protect the online privacy of American consumers, the FCC said. In his opinion, the federal government shouldn't favor one set of companies over another and all actors in the online space should be subject to the same rules.

Based on these principles, Republican Pai seeks to roll back many of the regulations passed by the Federal Communications Commission while Democrat Tom Wheeler served as its chairman. The FCC already voted this week to remove some net neutrality regulations requiring ISPs to inform their customers about network management practices.

According to Ars Technica, even if a majority of commissioners support keeping it in place, the internet privacy protection rule would still be blocked because the FCC's Wireline Competition Bureau can make the decision on its own. The FCC statement said that the full commission will decide the stay request if commissioners are willing to cast their votes by Mar. 2. The vote has yet to be scheduled.

Critics of the current internet privacy protection rules have complained that the rules do not apply to giant online companies like Facebook and Google. They only apply to ISPs, but leave unregulated other companies that collect huge amounts of personal data. However, supporters of the strong ISP privacy rules argue that broadband providers also have great opportunities to collect customers' personal information.

Critics of FCC Chairman's decision to delay internet privacy protection rules are arguing that internet users will remain unprotected from cable company abuse, while Pai is pretending that he's just seeking a more comprehensive privacy law. Stripping away all protection today cannot be accepted for a fake promise of better rules tomorrow.

Pai's decision, however, has also earned praise. For instance, a Democrat who has criticized FCC regulations in recent years, former Representative Rick Boucher, said that this is "a smart first step toward rolling back asymmetrical regulation" that causes marketplace distortion by deterring innovation, while also being at odds with consumers' privacy expectations.

Security Of Mobile Devices Under Investigation By Feds

Federal agencies are investigating how manufacturers and carriers are ensuring the security of mobile devices.

An official U.S. study suggests that online security and privacy issues have led people to reduce their Internet use.

The new record-breaking penalty was announced on Tuesday and is supposedly the largest proposed fine ever in the FCC history. This fine is meant to target Texas-based Rising Eagle for their actions of allegedly spamming consumers in about over a half-dozen states.