The Craziest Facts You Didn´t Know About Kim Dotcom 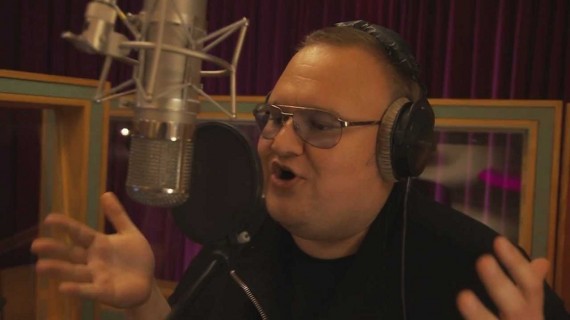 As another part of his eccentric personality, Kim Dotcom recently made a lawsuit against the New Zealand government, and told that he could donate the money to the whistleblower organization WikiLeaks. (Photo : MrKimDotcom/YouTube)

As everyone knows, Megaupload founder Kim Dotcom is one of the most controversial figures in tech history. The credits of his popularity are due to his multi-million dollar company, his unconventional lifestyle, and his company´s shutdown. Far from not having interesting details, Kim Dotcom is a person with such incredible facts that you probably won´t believe. Here are the craziest facts.

Kim Dotcom´s Company Made $42 Million In A Single Year

As you might now, Kim Dotcom company Megaupload is probably one of the most famous websites in the history.  This portal provided online services related to file storage and viewing, in which you could actually watch the newest films or the latest episode of your favorite series. Given this situation, Megaupload made $175 million since 2005, and Kim Dotcom made an incredible fortune with this website, which allowed him to have the luxurious and eccentric life we all have seen: the big mansion, the luxurious cars, and the gorgeous models.

Nevertheless, the most incredible moment form him and his company was in 2010 since Megaupload managed to get $42 million in this single year, with an average of 50 million visitors per day. This way, the company became a colossal player in just a little moment, while Dotcom was building its own chapter in the history of tech business.

Far from being boring and predictable, Kim Dotcom´s arrest was probably one of the most incredible moments in tech history, given the fact that this event was like an action movie in which the bad guy shows an incredible resistance to the security forces. Believe it or not, dozens of highly-.armed FBI agent went to his mansion and was backed by helicopters, just as if they were trying to catch a drug lord.

And even when he wasn't a modern Pablo Escobar, Kim Dotcom was secured with electronic locks that represented a huge obstacle for the officers.  They were forced to spend time breaking the locks in order to get to their objective, just to find that Dotcom hid in a safe room.

Kim Dotcom Is The Global Top Player In Modern Warfare 3

Another interesting act about Kim Dotcom is that he´s a gamer.  This seems quite incredible considering that it is almost impossible to combine working in such an important company having an enough amount of time in developing your skills in certain video games. That´s right, this guy wasn't exactly just an average person that likes to play videos games sometimes but doesn't represent a huge competition since he was actually a really skillful gamer.

His favorite game was Call Of Duty: Modern Warfare 3, and far from being someone who could beat you up in certain rounds, Kim Dotcom was officially the top player in the entire world. This means, that every single person you know or seen in a YouTube video making incredible moves in this particular video game, wouldn't represent any threat to Megaupload´s founder. In fact, just a few weeks before he got arrested, Kim Dotcom posted a video in which he was celebrating the incredible milestone of more than 150,000 kills in this game.

While Kim Dotcom is facing extradition to the U.S., WikiLeaks leader Julian Assange might be convicted for publishing classified material regarding the American government, politicians, and military.

Recently, Apple just announced its gigantic office in London and the highly-anticipated Apple´s spaceship, which is going to open in April and will offer beautiful open spaces to the public.

Although New Zealand´s high court accepted Kim Dotcom´s extradition to the U.S., there´s a particular issue that could be really difficult with this situation, to the point in which it could not be made in short term.

Kim Dotcom: 690 Megaupload servers completely wiped in "largest data massacre in the history of the Internet"

690 Megaupload servers were wiped this week in what Kim Dotcom called the "largest data massacre in the history of the Internet."

Kim Dotcom New Zealand millionaire, Internet celebrity and target of U.S. copyright enforcers, has called on the EU to build a new alternative to Google in light of certain U.S. cybersecurity programs. Is the EU up to the task?