Google To Shut Down Spaces On April 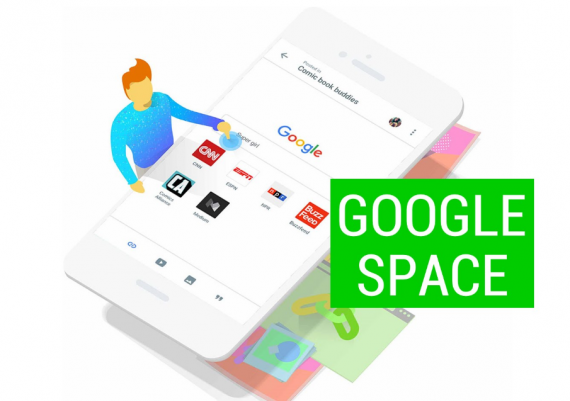 The goal of the team behind the Google Spaces was to create a better small-group sharing experience and to use what they have learned to improve other Google products and services. (Photo : HDblog/YouTube)

Google Spaces is officially shutting down its doors. It was announced using a document released by Google, which lists the planned schedule for the application. The group-sharing social network will finally lock down in read-only mode starting on March 3.Then, it will completely shut down on April 17.

What Is Google Spaces?

Google Spaces is an exclusive cross-platform application for small group discussions as well as messaging. The app is designed as a content sharing place where users can generate a "space," invite friends for discussion and share photos, videos, text and other supported media. Google other services like the web browser Chrome, Google Search and YouTube are built into Spaces to allow users to source content from them.

The platform was launched on May 16, 2016, and it is available to download on devices in Windows, Mac, Android and iOS operating systems. The launch of the Google Spaces gives confusion and criticism to many people. After all, why launch a social platform like this when Google already has other applications such as Google+ and Hangouts? Do people really need an additional social program?

Spaces becomes available on Google Play since May 17, 2016, for all Android devices running Android 4.1 or higher. This app is not like Facebook, Twitter, WhatsApp, Instagram, Pinterest or any of the existing apps today. Its main purpose is not for the users to devote their online life into it or discard it as a threat to your chosen social religion. According to reviews, you can use Spaces only once a year or even once a minute, and there's neither benefit nor penalty to using it more or less.

Spaces is unique since it lets people create a topic about anything under the sun. Name it whatever you want and add whatever you want. You can also include an image or take a video in real-time. You can even conduct a search from Google's engine, copy a link and paste it. You are not limited to just inputting text in a document or numbers in a mobile, it's your space so you can do whatever you want.

Google Is Shutting Down Spaces

According to 9to5Google, Google is finally shutting down Spaces on April 17. The announcement comes by a Google Support document saying that they are thankful to everyone who used Spaces. A few important details are also included in the announcement such as on March 3, Spaces will be a read-only page. Meaning, you cannot create new spaces, posts or even comments. New invitations can’t be sent also and new members can’t be added to the circle.

Between now and April 17, you can still see, save, print as well as delete the content of your Google Spaces account. Aside from that, you can also delete any spaces you created, leave any spaces you have joined and delete people from your spaces. Lastly, you can also report abusive account or content in Spaces, and block other users between the said date.

Finally, on April 17, Google Spaces and their content will be officially deleted. According to Engadget, Google said in a note that it was a tough decision for all of them especially who worked on sleepless nights to establish the social platform. As for the reason why Goole is getting the final curtain for Spaces, the company didn't really specify. Google will also be using whatever it learned in the rollout of Spaces to improve other Google services, but what that actually entails remains a mystery.

It is not yet clear if the "Quick Unlock" feature in Chromebook would also support USB scanners or users would have to wait for a new lineup that comes equipped with a biometric scanner.

You Can Now Order The Jet Black Apple AirPods, Plus 58 More Colors

Longtime gadget shop ColorWare is now offering services for Apple’s AirPods, which can be painted in numerous of different color combinations.

Earlier this week, Apple confirmed it is opening up Apple Park, a project started by Jobs, in April. The 175-acre campus includes a ring-shaped building and 1,000-seat theater bearing Jobs' name.