Why Animal Crossing Might Be Coming To The Nintendo Switch Soon 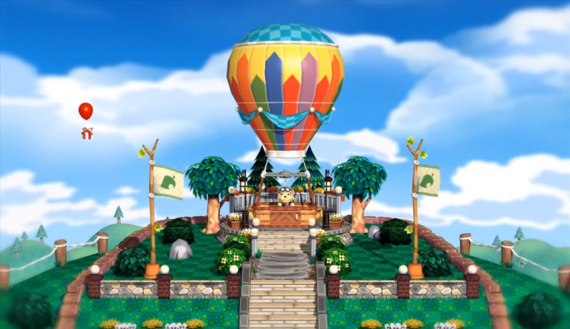 The Animal Crossing mobile game has been delayed until the end of the year. (Photo : TheBitBlock/YouTube)

Animal Crossing is one of Nintendo's most beloved series as it has captured the hearts of fans with its comfortable setting and quirky characters. With this in mind, is the company already planning a new installment for the Nintendo Switch?

One of Nintendo's Celebrated Franchises

There is no denying that Animal Crossing has amassed such a large fanbase over a short period of time. Ever since the series started back in Japan on 2001, each succeeding installment always found a way to expand its creative gameplay features. The franchise became so popular that even the main character (aliased as Villager) joined the fray in Super Smash Bros. 4.

Despite this, the game itself is actually the opposite of complete mayhem, fighting or any form of violence. Instead, players will usually assume the role of a newcomer who is settling into a new life by moving to a town filled with cute animals. From then on, players have the freedom to do whatever they want, be that customize the town, expand their house, go fishing, perform favors for neighbors and so much more.

Incidentally, the last main installment in the franchise was still back in 2012 on the Nintendo 3DS. Since then, fans have been wondering when Nintendo will release a new game for the series as they did not make a mainline title for the Wii U. With the Nintendo Switch coming soon, it would only seem fitting enough to put a possible new game on that platform.

While nothing has been confirmed yet, A 90s Kid reports that the company might have already been dropping hints about an upcoming Animal Crossing game. To begin with, Nintendo insider Emily Rogers tweeted that a new installment might come to the Switch during the first 12 months of its initial release. However, fans should take this with a grain of salt as sometimes 'leaks' are not always valid.

On a different note, there is an Animal Crossing picture on the Switch News title. It is worth noting that this specific page offers updates about the latest games, news, eShop additions and the like. It would seem rather strange for Nintendo to sneak in a picture of the said game on the News tab if it did not have anything related to the title.

Following this, there is an assortment of Animal Crossing characters to choose from in the Switch user icons. Out of 60 iconic Nintendo characters, 12 characters actually come from the said game with Mario being the only franchise that has more icons. It seems like the company is very confident about the series for them to put in so many characters for players to choose from. Because of this, it would only seem fitting enough for them to be potentially planning a project for their latest console.

For now, fans will have to wait for further updates for Nintendo regarding a new game for the series. On a different note, Recombu reports that the mobile game is being delayed until the end of the fiscal year. Nintendo has been on a roll with their games like Fire Emblem Heroes and Super Mario Run, so there might seem to be a high expectation for the mobile title.

If Nintendo ever decides to pursue Virtual Consoles for the Nintendo Switch, fans might be able to try the Gamecube installment of the game. Until then, players can try Animal Crossing: New Leaf on the Nintendo 3DS. Alternatively, there is also the spinoff game, Happy Home Designers, on the same platform.

The Legend Of Zelda: Breath Of The Wild Takes A Creative Spin On Common Mechanics

The Legend of Zelda: Breath of the Wild is like a breath of fresh air for the franchise.

The Legend Of Zelda: Breath Of The Wild Unlocks These Items Using The New Amiibos

Get these items early when using amiibos in The Legend of Zelda: Breath of the Wild.

The Legend of Zelda: Breath of the Wild Took Ideas From Vital ‘Skyward Sword’ Feedback

The Legend of Zelda: Breath of the Wild takes tips coming from fan feedback.

Remember Nook Stop in Animal crossing? Turns out it's not actually random!

A recent Reddit post shows an Animal Crossing: New Horizons character cosplaying Spirit Away's No Face! Learn how to do this and even more.