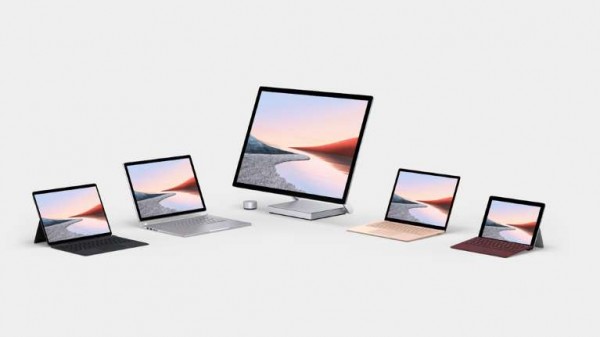 At the end of its recent annual hardware launch event, Microsoft took the audience by surprise with a flurry of announcements on the new Surface products.

The event started by unveiling improvements and changes on the generational laptops from the original Microsoft Surface series, namely, the Surface Laptop 3, Surface Pro 7, and Surface Pro X.

Both of these laptops have definitely seen a great following since the very first versions were launched. Every year, the company has made great modifications to both, making them rather popular amongst Microsoft consumers.

This year, the company kicked off the event by introducing Microsoft Surface Laptop 3, which will be available in two sizes: 13.5-inch and 15-inch.

The Surface Laptop 3 is going to be running on Intel's latest 10th generation processor, which is estimated to be two times faster than the chips present in the Surface Laptop 2. It also comes with a special AMD Ryzen Surface Edition graphics chip.

And according to Microsoft Product Chief Panos Panay, "This is the most powerful mobile processor AMD has ever created. We co-engineered this entire platform alongside AMD, from the silicon to hardware and through Windows," as reported in CNBC.

The Surface Pro 7, on the other hand, retained most of the old features with minor system upgrades and a newly-added USB-C port, a feature that consumers have been asking for a long time now. The port is expected to allow faster data transfers and easy setup with modern devices that use the new system as well.

Aside from the traditional Surface products mentioned above, Microsoft also launched the Surface Pro X, a new Qualcomm-powered Surface on ARM platform. The device has a 13-inch screen and works very much like a Surface Pro.

Related Article: Top 4 Reasons The Microsoft Surface Phone Will Be The Best Phone To Enter The Market

The launches didn't stop there, however, for Microsoft had revealed three new products to join the Surface series. These products are the Surface Neo, Surface Duo, and Surface Buds.

The Surface Neo is set to launch next holiday season. It is a device that features two displays that is capable of working independently from each other. This will allow its users to open different apps in both displays.

Nonetheless, the top of the cherry is the unveiling of Surface Duo, a smartphone that runs on Android. It is expected to be available in the market by the year 2020.

In general, the phone boasts of the same feature as the Surface Neo. It has two displays, that are capable of working independently from each other, enabling the user to use multiple apps on both screens.

Nevertheless, the phone has a 360-degree hinge that allows the displays to completely fold up when not in use, eliminating the hassle of walking around with an oversized phone in your pocket.

Last, but certainly not the least, is the Microsoft Surface Buds, a Surface accessory that is created to compete with AirPods. The Surface Buds work on any platform and support about 60 different languages. This allows the accessory to do tasks such as translating and transcribing.