NASA will launch the NASA Mars 2020 mission in July 2020. According to chief scientist Jim Green, it's only a matter of time until we've unearthed proof of life on the red planet. The physicist believes it will happen in a couple of years.

The US Space Agency, along with the European Space Agency (ESA) is preparing for the Mars 2020 Mission. According to Standard Media, both agencies will be sending rovers to Mars to collect soil samples from the planet. The soil samples are also known as Regolith.

ESA's Mars rover named Rosalind Franklin will drill two meters down Mars' surface. Then, it will be analyzed in Rosalind's built-in laboratory for any signs or proof of life. Results are expected to arrive within a few weeks or months of the rover's landing. 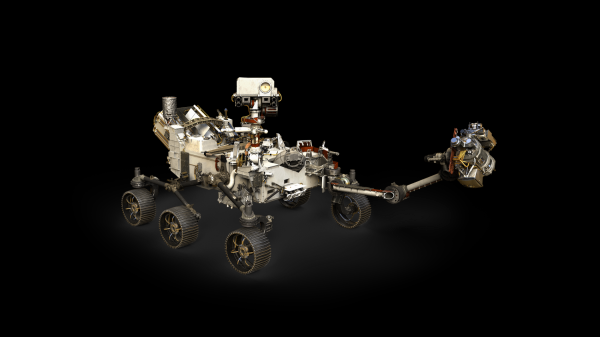 (Photo : NASA)
NASA Chief Scientist Predicts Life on Mars; Earth Not Yet Prepared for the Results

Besides ESA's ExoMars rovers, NASA's own will also be launched to search for any sign of life on the planet. However, the samples will be sent back to Earth instead of being analyzed on-site. The samples will then be the first material to come from Mars.

In a report by DailyMail, scientists are specifically looking for 300 types of minerals. These can only be created by life. The rovers will focus their search around the site of the ancient Martian ocean.

NASA scientists also explained the reason behind that. According to Green, life moves to the rocks when the conditions become extreme. Mars, as of now, is a barren planet, but it once had a humid and thick atmosphere.

According to the NASA chief scientist, it means that where there is water, there is life. NASA also said that the Mars 2020 mission would be the first to demonstrate the truth to this belief.

The mission aims to finally answer the question of whether we are alone in the universe or not.

RELATED TOPIC: Elon Musk Unveils the First-Ever Prototype of Starship, the Second Stage of the BFR

Speaking to the Sunday Telegraph, Green also shared his belief in the success of either one or both rovers. But he thinks it will have "far-reaching implications" and that the results will start a "whole new line of thinking."

However, Green also believes that we are not yet ready for the results.

After the probable success of the rovers, Green has thought there will be more questions particularly about whether we are related to that life or not, and if ever Mars is indeed inhabitable, whether we have the option of moving from Earth to the red planet.

In line with that, some scientists claimed Mars could be a habitable planet by "infecting" it with beneficial microbes like fungi, viruses, and bacteria that support the life processes here on Earth.

Basically, these microorganisms will "kickstart" the terraformation processes that are needed to support life on Mars. Besides Mars, this may be done on other potentially habitable planets in other galaxies. This according to a report done by Mirror.