The mobile version of the popular game franchise Call of Duty has amassed 100 million downloads on its first week on both Android and iOS devices, according to app tracker Sensor Tower, already outperforming hit titles like Fortnite and PlayerUnknown's Battleground (PUBG).

The battle royale game was released to the public this October 1 after it was announced by Tencent's Timi Studio and Activision in late-2018.

Its rival, PUBG, had been gaining momentum during the time of its announcement.

Now, Call of Duty: Mobile has outperformed its rival titles from various developers such as Electronic Art's Apex Legends, PUBG, and Fortnite--all of which had a similar battle royale set-up. The games garnered 25 million, 26.3 million, and 22.5 million downloads in their first week, respectively, according to Reuters.

Call of Duty: Mobile has even surpassed Nintendo's Mario Kart and Niantic's Pokemon GO, which has racked up 90 million and 85.5 million installs, respectively, during their first week of launch, according to Sensor Tower. 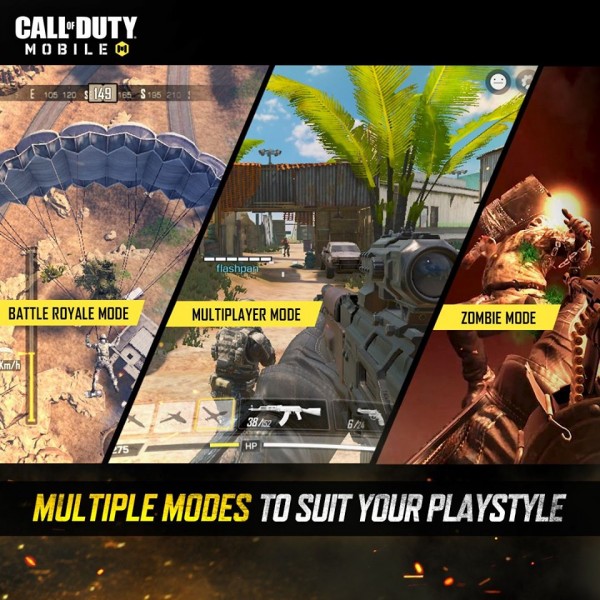 With its incredible numbers, COD has broken the records and is now the biggest mobile game launch ever.

Randy Nelson, head of Mobile Insights for Sensor Tower, confirmed the game's status and said, "This is by far the largest mobile game launch in history in terms of the player base that's been built in the first week."

Activision Blizzard's Call of Duty is a free-to-play game that includes in-app purchases wherein players can buy skins and weapons for their character in the game. Fortnite and PUBG had similar in-app transactions, which helped them gain huge revenues with gamers paying for available add-ons within the game.

In the way of revenue, iOS led the numbers, gaining $9.1 million for Call of Duty: Mobile, while Android has earned $8.3 million as reported by 9to5Mac.

Additionally, the US remains to be the most significant source of revenue for the game, immediately followed by Japan and Brazil.

This is not the first time Call of Duty has invaded the gaming industry. It is one of the original first-person shooters, which initially gained popularity when it was released in 2003 for PCs. As it became more popular, the game then made its way to huge gaming consoles like PlayStation and Xbox.

Since then, a few other sub-series were created for the hit franchise set in modern times, the Cold War, outer space, and futuristic settings.

Like its predecessors, the Call of Duty: Mobile follows the same gameplay, save that players are using their thumbs and seeing the game from a smaller screen. However, fans of the franchise can expect a familiar experience when playing the game.