It's time to get 'schwifty' as Rick and Morty Season 4 is finally coming this November with its first five episodes.

Twitter was practically in chaos when the trailer for the much-awaited cartoon series from Adult Swim, Rick and Morty, was finally released along with some announcements – which precisely details how many episodes we're going to get from this season's premiere.

According to the trailer, Rick and Morty fans will have to make do with the first five episodes, half of the usual ten or 11 episodes from previous seasons. 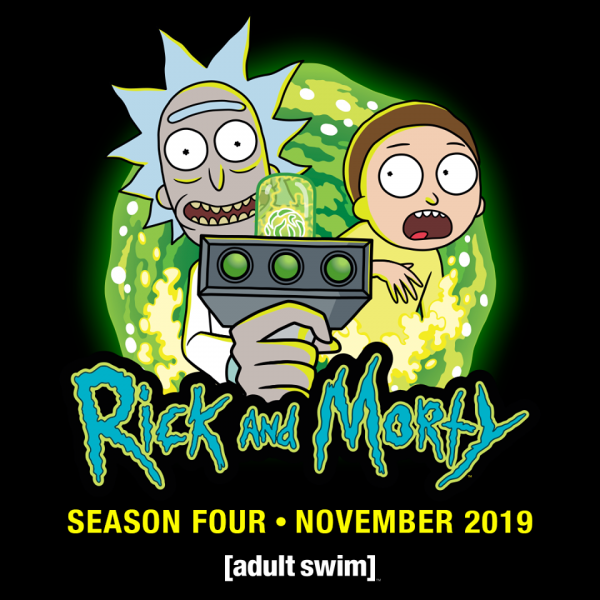 (Photo : Rick and Morty/Facebook)
Adult Swim's Rick and Morty season 4 is coming this November but will only show five episodes first.

It didn't sit well with the fans who took to Twitter their confusion and frustration with the alleged episode count, especially when the series has been off-air for two years.

However, it seemed like fans only misunderstood what Adult Swim meant to say that they'll be dropping five episodes this November. According to one report, season 4 will actually contain ten episodes, but the first half will premiere this November while the other half is most likely going to air in early 2020.

Co-creator Justin Roiland has also confirmed back in July that Rick and Morty Season 4 will have ten episodes.

Additionally, Adult Swim has confirmed that the show is getting 70 more episodes, so we've got a lot of episodes to wait for until the adventures and misadventures of Rick and Morty finally meet its end.

But the episode count is the only thing that drew a backlash in the trailer. As with the Rick and Morty staple, there are lots of galactic fights and guns, aliens, and the infamous Rick one-liners, particularly one line that caught Digital Spy's interest.

Somewhere in the middle of the trailer, Rick can be heard commanding his lab coat, saying, "Rip off, Doctor Strange."

For fans of the show and Marvel, it may simply be a playful jab at how Doctor Strange's magic cloak moves around and helps fight the Sorcerer Supreme beat his enemy, much like in the series' trailer.

But apparently, creator Dan Harmon had a complicated history with Marvel, and there might be something more to the joke than a simple reference to another popular show.

It seemed like Harmon has been asked by Marvel to write additional script pages for Doctor Strange, but his work has never made it into the final cut of the film.

Doctor Strange director Scott Derickson also said in an interview that the writer's work was "too out in Dan Harmon-land" for Marvel.

The Rick and Morty Season 4 trailer also showed some favorite characters from the past seasons, including the Meeseeks and Mr. Poopy Butthole, who showed his kung-fu skills in the trailer. Of course, the show brings back the titular characters and their family: Summer, Beth, and Jerry.

Unfortunately, we still haven't seen any hint or even a feather of Birdperson.

Fans are also speculating on some major twists this season, especially about the Evil Morty and his return. It can be remembered in Season 3 when the series' main antagonist became an evil, murdering dictator of The Citadel who killed any Rick that would oppose him.

This latest announcement says that the newest episodes of Rick and Morty will be airing this November 5.