Activision Blizzard has had a tough week as the company gained flack from suspending Hearthstone player Chung "blitzchung" Ng Wai and stripping him of his cash prize for the gamer's message of support for the Hong Kong protestors.

J. Allen Brack, President of Blizzard Entertainment, has posted a lengthy response on their official website wherein they explained why they have banned blitzchung and why they are still standing behind their prior decision.

According to the company, the reason why they banned the Hearthstone player in the first place was due to "violation of rules he [blitzchung] acknowledged and understood."

Apparently, the company wanted the segment to focus purely on the tournament and a "place where all are welcome."

The company has also cleared that their relationship with China did not influence their decision to suspend the player. 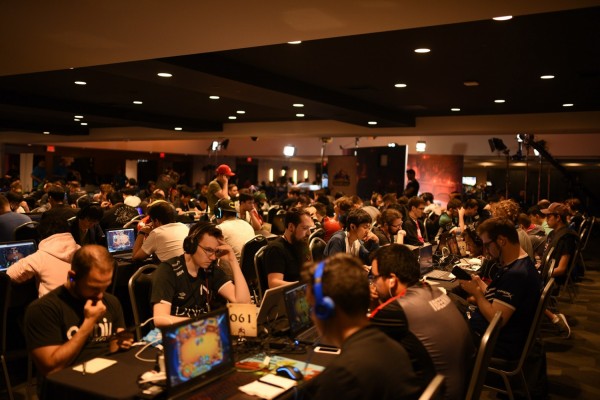 Blizzard's statement ended by saying that they "are always listening" and "finding ways to improve."

Blizzard did not apologize, per se, but they did lessen the suspension of blitzchung from the initial one year to six months as "more appropriate" and that they will be returning the cash prize that was withheld from the player.

After the initial response of the company, players from around the world sided with the Hearthstone player and spread #BoycottBlizzard all over the internet, specifically on Reddit and Twitter, with gamers accusing the company of trying to appease China's communist government.

They have also used parodies of Overwatch hero Mei as the face of the Hong Kong protest for China to ban Blizzard.

In a tweet, the gamer expressed his gratitude towards Blizzard for reconsidering his suspension and that he admitted his words might have taken the focus away from the event. The player also assured his followers that he will be more careful and will express his support for Hong Kong in his personal platforms.

He also accepted Blizzard's decision on both his cash prize and his suspension, but says that "six months is still quite a lot to me."

However, he can still join and compete in the Hearthstone pro circuit, but the gamer is planning on taking the time and deciding whether he would continue competing or not.

Although he was thankful for Blizzard, blitzchung still wished that the company can reconsider the penalty of six months of suspension that they have given on the two casters that were involved in the issue.

Blizzard was not the first company that was under fire because of its apparent support to China during the Hong Kong protests.

According to CNBC, Apple was also under scrutiny when they kept a particular app that allowed Hong Kong protestors to see the location of the police on their App Store.

Other gaming companies such as Epic Games also expressed their two cents on the controversy with CEO Tim Sweeney tweeting although China's Tencent owns roughly 40% of the company's stakes, he would still allow his players to express their political views.