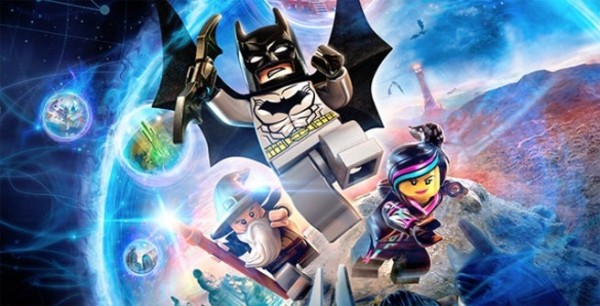 Through the years, LEGO has released a series of games that adapted an assortment of stories from sources like Marvel Comics, DC Comics, and Harry Potter.

Although the games lack certain difficulty, they are still considered as one of the most engaging interactive games, especially for kids. This is why LEGO video games have always been a big part of the gaming industry.

Luckily, these games never disappoint as continuous improvement in its features and graphics have been seen over the years. Right now, there are at least around 69 LEGO video games released, but this number is expected to increase since new launches are made by the company every year.

In fact, a promising LEGO video game called Lego Star Wars: The Skywalker Saga is already set to release in 2020. But as we wait for its release, let us first review the best ones the company has released so far.

Available in PS4, Xbox One, Switch, and PC

Unlike other LEGO video games, Lego City: Undercover stands out because of its original setting and story. The game follows the story of Chase McGain, an undercover cop who is on the hunt for justice inside crime-stricken Lego City.

In the game, Chase goes around the city through swinging on poles, jumping off the walls, and operating vehicles. He also has the ability to wear different disguises, which enables him to access new areas and solve different puzzles. Ultimately, the game is inspired by video games like Grand Theft Auto (GTA) - minus the violence and brutality, making it perfect for kids of all ages.

Lego Worlds is also one of the few LEGO video games that are not based on a different franchise. In fact, it's as original as any LEGO video game can get, for it revolves around the very concept of what Lego is: creation.

In the game, the user can freely build their own world; it's up to them whether they'd use the pre-designed structures or build by themselves via an editor tool. Although it started out as a single-player game, updates, later on, allowed multiplayer functions such as sharing the Lego world created by a player to others.

The Lego Harry Potter Collection consists of Lego Harry Potter: Years 1-4 and Years 5-7. Just like in the movie series, the games also focus on the adventures of the famous young wizard and his friends at Hogwarts. Although the gameplay is a lot similar to other LEGO video games, the collection offers a different experience with features such as spell casting and potion-making.

Lego Marvel Super Heroes is a lego-lized comic book adventure that allows players to control more than 180 characters from the Marvel universe. The gameplay is also similar to other LEGO video games; however, the diversity of every character, powers and all, makes the entire game unique and exciting.

The game, in entirety, consists of around 204 playable characters which are all from the Star Wars universe. The introduction of the game actually marked the revolutionary shift in the quality of LEGO video games, with the game displaying high-quality graphics and cinematic cutscenes.