Everything Fans Need to Know About 'Pokemon Sword and Shield'

The Pokemon series continues to soar high as fans of the franchise are a few weeks away from the release of a new pocket monster adventure entitled Pokemon Sword and Shield, which are two separate games exclusive for the Nintendo Switch.

These are the first games from Game Freak and the Pokemon franchise that will be released on the Switch this November, according to Tech Radar, as the last few games were released on the 3DS.

Pokemon Sword and Shield will be featuring new trainers, a new map, and new features.

There is even a new Pokemon coming: the Galarian Ponyta!

New trainers got a glimpse of the exclusive new Pokemon during the recent 24-hour live stream of Pokemon Sword and Shield, which showed the beautiful and absolutely adorable Galarian Ponyta with a green and purple mane.

However, you can only catch this amazing new Pokemon if you buy the right version of the game.

According to Express, the Galarian Ponyta is only available on Pokemon Shield, meaning those who buy the Sword version will not have a chance of capturing this beautiful new Pokemon. 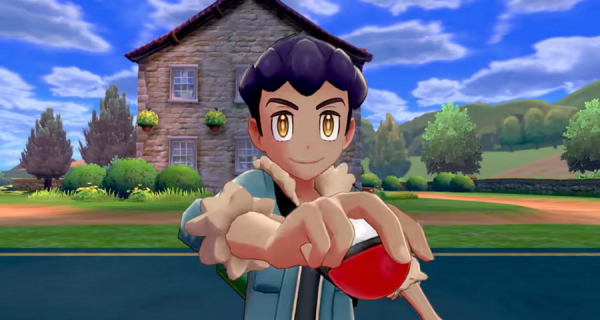 But, those who do get Pokemon Sword will get their own exclusive pocket monster, which is called the Sirfetch'd, a Galar version of the "Wild Duck" Pokemon we all knew as Farfetch'd.

Depending on which Pokemon you want to get, you need to buy the right version.

Besides the announcement of the Galarian Ponyta, it's been recently confirmed that the Galar region was actually based off of the UK, with the art director of the game, James Turner, confirming it with an interview by Game Informer on YouTube.

Turner also said that he was brought into the game to help design it due to his knowledge of the British countryside.

The art director has worked with Game Freak before on previous titles like Pokemon X & Y, Pokemon Black & White, and Pokemon Sun & Moon.

It is not the first time a region from the Pokemon games were inspired from real-life locations, seeing that previous regions Kanto, Sinnoh, Hoenn, and Johto were all based from areas in Japan, Kalos is based in Paris, Unova is based on New York, and Alola is based on Hawaii.

Game Informer has also interviewed the game developers about the three starter Pokemon trainers will choose from at the beginning of the game.

According to Ohmori, Grookey can promote the growth of plant life by hitting the ground with the stick it keeps in its head, which will likely make the Pokemon a Grass-type starter according to Dot Esports.

However, they were rather vague when it came to the Fire-type Pokemon, Scorbunny, and its history, but Ohmori did confirm the patch on its nose was based on the Japanese design trope that's meant to express how young and energetic someone is.

Lastly, Turner has expressed how he enjoyed the Water-type Pokemon Sobble's design and hinted at the evolution line and how it will play into the story.