One of the iOS 13's most prominent features is its Dark Mode, and some apps like the well-loved third-party podcast player Overcast has updated its app to support iOS 13 and its Dark Mode, with two options available for its users, according to 9to5Mac.

Overcast gives its users a choice between a gray theme or an all-black theme, unlike most apps that support iOS 13's Dark Mode, which only has either black or gray theme. 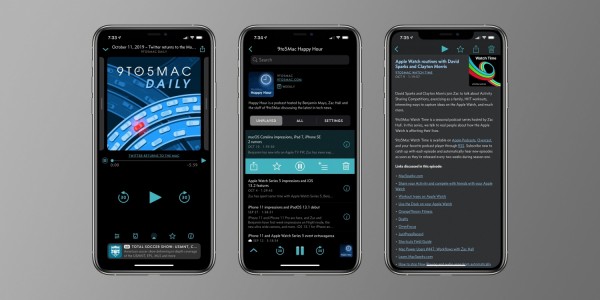 Whenever you switch the app into the dark mode, it will automatically switch to the theme that you've chosen on the Overcast settings, giving you full freedom on the type of Dark Mode you wish to have.

Besides the support for the Dark Mode, the newest Overcast update also solved fixed a few bugs from its previous versions, specifically with regards to the app's navigation bar corruption, as well as CarPlay, plus a new log-in screen.

If you have accidentally updated your installed Overcast app, you also need to guarantee that you have updated your device to iOS 13 as well, or the app would not work.

Still, the previous version of the app will continue to support iOS 12 as much as it could, according to a tweet by app developer Marco Arment.

Overcast is a free-to-download app that is available on the iOS App Store, which included in-app purchases.

If you have recently just updated your device to iOS 13, you can try the Dark Mode if you think your screen looks harsh when you are using it at night, or that you only want to keep your battery life longer, since brighter screen settings can affect your phone's battery life, especially when it is OLED display.

You can turn the Dark Mode on by going to your phone's settings, then simply tap "Display & Brightness," and just tap the Dark if you want to switch to Dark Mode, which should appear automatically if you have updated to iOS 13 as per Tom's Guide.

However, note that it will stay in Dark Mode unless you tap on the Light Mode once again.

If you do wish to change the lighting settings depending on the time of the day, you only need to tap the "Automatic" toggle, which should appear below your two choices.

ALSO READ: The Similarities and Differences Between OnePlus 7T and OnePlus 7T Pro

By doing so, Dark Mode will automatically turn on when it's darker outside, and the bright screen is harsher on the eyes, and vice versa. Or, you can also customize the time depending on when you want to turn the Dark Mode or and off.

The iOS 13 update is entirely free, and you can easily navigate your phone's settings to install the new update.

You can also update apps you have installed on your device already for the newest updates that support iOS 13 for more new features and bug fixes. 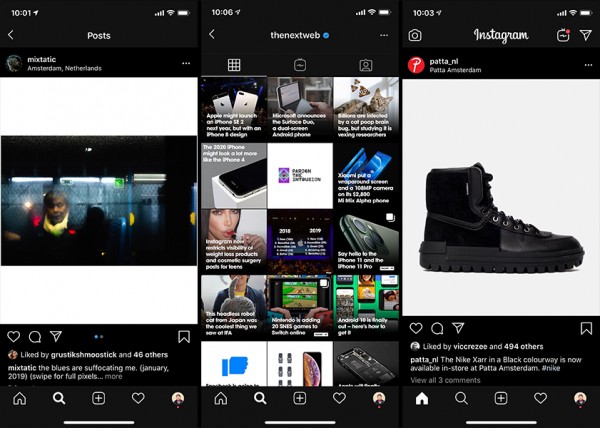 (Photo : The Next Web)
Overcast Now Supports iOS 13 Dark Theme Plus How to Automatically Switch to Light Mode

For example, you can now update your Instagram app as the new version should support the infamous Dark Mode and its black and gray theme and color palette that is easier to the eyes when you are scrolling through the app.